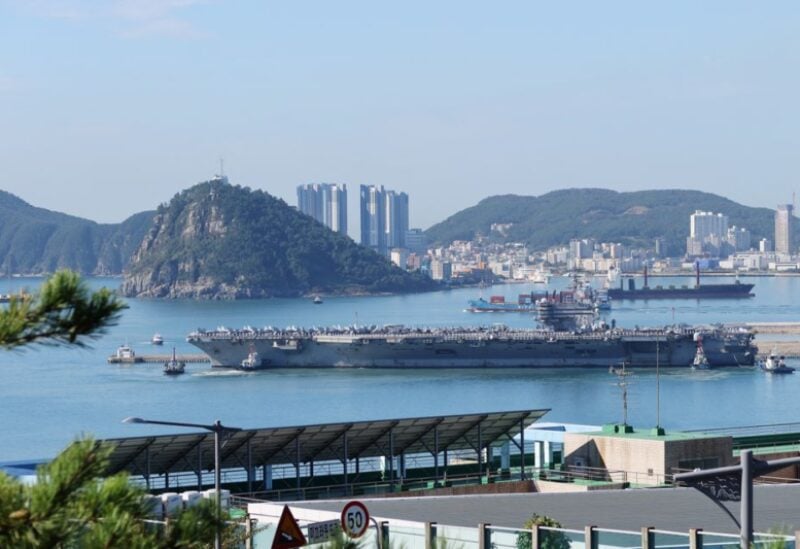 With tensions flaring between China and Taiwan, the USS Zumwalt – one of the most advanced surface warships in the United States Navy – was sent to the western Pacific region and it reached Tokyo on Monday. This was seen as a show of power by the US who may deploy hypersonic missiles to the region.

According to CNN, the USS Zumwalt belongs to a class of multi-mission guided missile destroyers that the Navy believes will “create a new level of battlespace complexity for potential adversaries.”

There are two other ships in the Zumwalt class – USS Michael Mansoor and USS Lyndon B. Johnson.

The warship made a port call in Guam and arrived in Japan on Monday as part of the Destroyer Squadron 15 – the largest destroyer squadron operated by the Navy out of Yokosuka Naval Base.

“The presence of a stealth warship will draw a great deal of (Chinese) interest, especially if the Zumwalt is outfitted with hypersonic weapons,” Carl Schuster, a former US Navy captain, told CNN.

Currently, the USS Zumwalt is “the largest and most technologically advanced surface combatant in the world” and at 185 meters long, it is larger than any Arleigh Burke-class destroyers.

The Pentagon is also looking to upgrade the warship by adding the latest Common Hypersonic Glide Body (C-HCB) weapons system in the future. The weapons system fires missiles at hypersonic speed by the use of booster rocket motor, according to the latest memo published by the US Navy.

“The C-HGB is intended to be able to destroy targets by virtue of its velocity alone,” the report said.