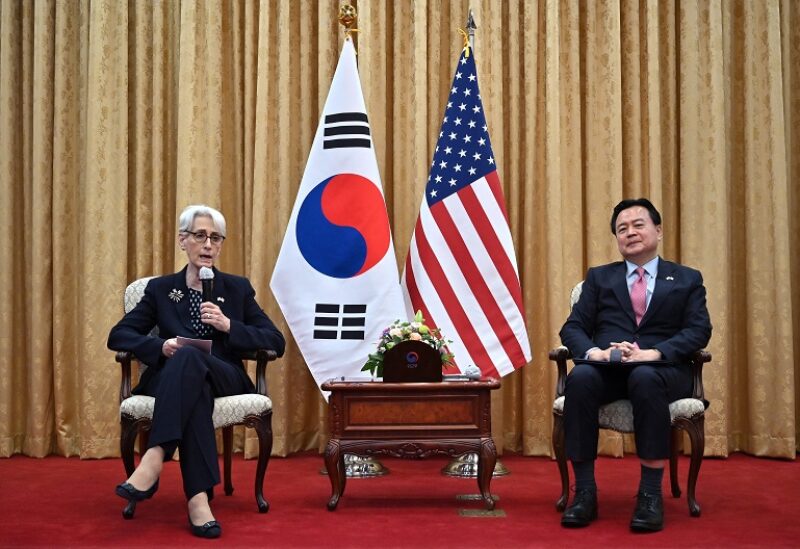 In case North Korea were to conduct a nuclear test, there would be a strong and clear response from the United States, South Korea, said US Deputy Secretary of State Wendy Sherman on Tuesday

“Any nuclear test would be in complete violation of UN Security Council resolutions (and) there would be a swift and forceful response to such a test … I believe that not only ROK and United States and Japan but the entire world will respond in a strong and clear manner,” she told a news conference after talks with her South Korean counterpart, Cho Hyun-dong, in Seoul. ROK is the Republic of Korea, South Korea’s official name.

“We are prepared and … we will continue our trilateral discussion (with South Korea and Japan) tomorrow,” Sherman added.

Her remarks come after South Korea and US forces fired eight surface-to-surface missiles early on Monday off South Korea’s east coast in response to a barrage of short-range ballistic missiles launched by North Korea on Sunday.

US and South Korean government authorities and North Korean experts have been saying for weeks that there are signs of new construction at Punggye-ri, North Korea’s only known nuclear test site, and that Pyongyang could soon test a bomb. The North has not tested a nuclear bomb since 2017. The International Atomic Energy Agency chief Rafael Grossi on Monday said North Korean building work expanding key facilities at its main nuclear facility at Yongbyon is advancing.

Reclusive North Korea has been suffering from its first-ever outbreak of COVID-19 in the past month, with the country reporting a total 4,198,890 people with fever symptoms as of Monday. North Korea has not confirmed the total number of people testing positive for the coronavirus, with experts saying the announced figures could be under-reported.

Pyongyang has so far refused any help offered by Washington and Seoul, even as the World Health Organization says the COVID-19 situation there is getting worse.

“The ROK and the United States and others have offered humanitarian response that has yet to be accepted but we hope that (North Korean leader) Kim Jong Un will be focused on helping his people to meet this challenge of COVID-19 which we have all faced and will return to the negotiating table are rather than taking provocative and dangerous and destabilizing actions,” Sherman said.