US Opens Probe after 51 Migrants Die in Trailer 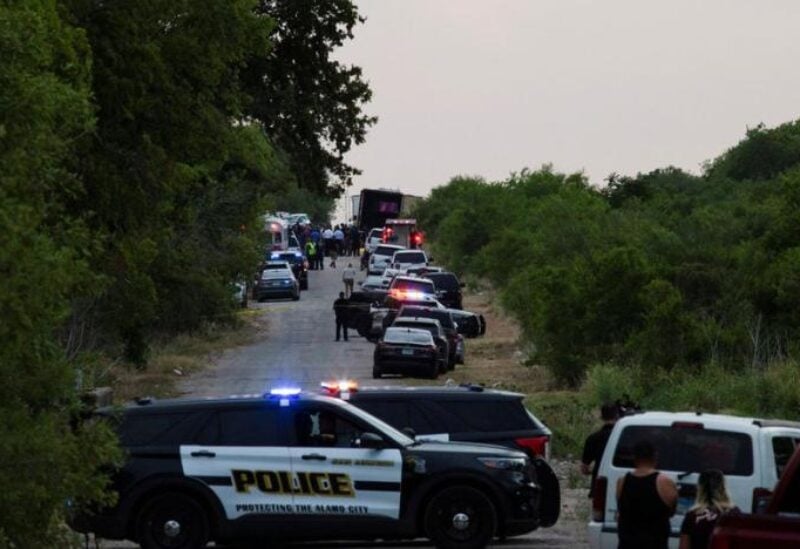 The death toll of undocumented migrants who were abandoned in a tractor-trailer in the sweltering Texas heat rose to 51 Tuesday, as President Joe Biden blamed “criminal” professional smugglers for the tragedy.

Rebeca Clay-Flores, a Bexar County official, reported the new tally of “39 men and 12 women” dead, following the Monday discovery of the tractor-trailer on an isolated road in her district.

She did not say how many survivors remained in hospital, but the number could be around 11 based on initial figures that officials gave, including possibly four children.

The Department of Homeland Security announced it had opened a criminal investigation, as Biden took aim at human smuggling gangs.

“The tragic loss of life in San Antonio, Texas that took place yesterday is horrifying and heartbreaking,” he said in a statement.

“This incident underscores the need to go after the multi-billion-dollar criminal smuggling industry preying on migrants and leading to far too many innocent deaths,” he said.

According to Mexican President Andres Manuel Lopez Obrador, of the dead whose identities are known, 22 were from Mexico, seven from Guatemala and two from Honduras.

It was the deadliest single incident involving migrants along the southern border in memory, and drew more attention to the risks that hundreds of thousands of people face seeking to enter the United States from Mexico without permission.

By Tuesday afternoon, authorities had removed the trailer from where it had been abandoned with its human cargo, on a narrow road sandwiched between train tracks and auto junkyards.

Replacing it were makeshift crosses adorned with artificial flowers.

The case immediately became a focus of politics when Republicans attacked Democratic President Biden for allegedly being soft on immigration.

“These deaths are on Biden. They are a result of his deadly open border policies,” said Texas Governor Greg Abbott.

White House press secretary Karine Jean-Pierre pushed back against some Republican lawmakers who blamed the administration for the deaths and said it was focused on the victims and holding human smugglers accountable.

“The fact of the matter is, the border is closed, which is in part why you see people trying to make this dangerous journey using smuggling networks,” she said. “Our prayers are with those who tragically lost their lives, their loved ones as well as those still fighting for their lives. We’re also grateful for the swift work of federal, state and local first responders.”

Under Biden more than 200,000 people attempting to enter the country illegally have been interdicted at the border each month and sent back.

But there is no good estimate of the thousands more that succeed in staying inside the country.

Biden said he had already launched an anti-smuggling campaign that focused on the networks and arrested 2,400 people in recent months.

“Exploiting vulnerable individuals for profit is shameful, as is political grandstanding around tragedy,” he said.

The migration issue will be a key agenda item when Biden hosts Mexican counterpart Lopez Obrador for talks on July 12.