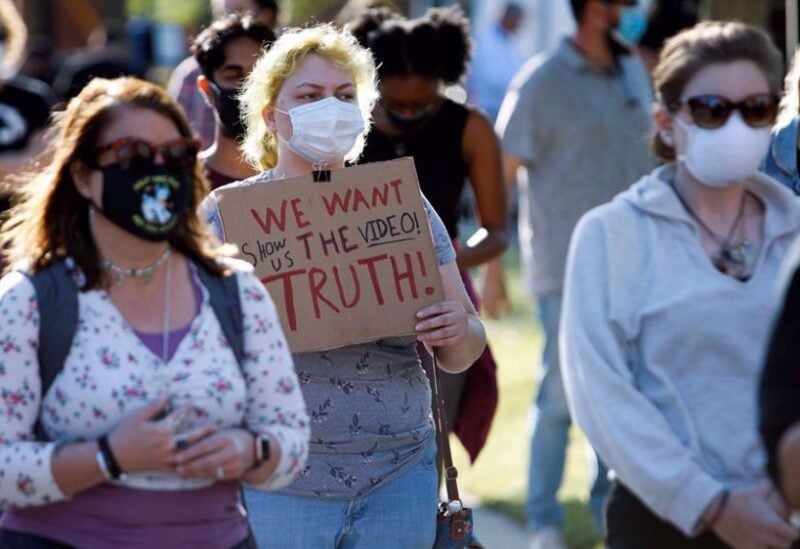 Attorneys for the family of a slain Black American man, shot dead by US police in North Carolina last week, said body camera footage showed he had been “executed.”

Lawyers said the 42-year-old Andrew Brown Jr. had his hands on the steering wheel of his car when deputies began shooting at him in Elizabeth City.

No footage of the incident has been made available to the public, but Chantel Cherry-Lassiter, one of a team of attorneys, said the video she saw showed Brown never presented a threat to the team of seven or eight police officers at the scene.

“They were shooting and saying: ‘Let me see your hands!’ at the same time. Let’s be clear: This was an execution,” Cherry-Lassiter said.

The death certificate indicated Brown died of a gunshot wound to the head.

Elizabeth City was on high alert and had declared a state of emergency before showing the body cam video to the family, anticipating it could trigger unrest.

Sheriff Tommy Wooten said, “This tragic incident was quick and over in less than 30 seconds and body cameras are shaky and sometimes hard to decipher. They only tell part of the story.”

Seven deputies have been placed on administrative leave after the dealy shooting.

The lawyers said there was evidence from at least nine cameras, including police body cam and dashcam videos, but that the victim’s lawyers were shown only a 20-second portion from a single body cam video after the attorney Michael decided against showing more.

“We do not feel we got transparency. We only saw a snippet of the video,” a lawyer for the Brown’s family said.

Sheriff Wooten said last week the probe into the fatal shooting had been turned over to the State Bureau of Investigation (SBI) and that it had the body camera video.

Wooten has said his office is seeking court approval to release the video to the public.

The recent US police killings of African Americans brought US racism back into focus and became an emblem of the anti-racism Black Lives Matter movement.

They have, however, not stopped trigger-happy cops from unleashing terror on hapless minorities, including African Americans and Asian Americans.

Fatal attacks on people of color in the US have witnessed a disconcerting surge in recent years, which activists have attributed to former president Donald Trump’s racist rhetoric.

In an interview with Press TV, US journalist and political analyst Dr. Abayomi Azikwe said the surge in violence against people of color in the US is a systemic problem rooted in the legacy of slavery and legalized segregation in the country.

Commenting on recent US protests against US racism and police violence, he said these “social dynamics will continue to unfold in 2021.”