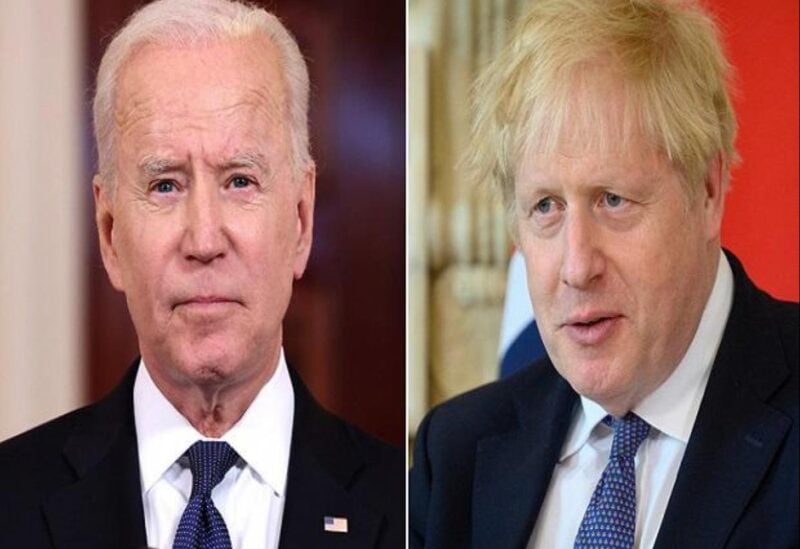 Boris Johnson set the scene for his first talks with Joe Biden on Thursday by pledging “millions” of Covid jabs for the world’s poorest – and a stronger  Nato alliance against Russian aggression.

US President and British Prime Minister will hold their first face-to-face meeting Thursday, during which they will lay the foundations for a new pact, despite Brexit and its consequences in Northern Ireland casting a shadow on the old “special relationship.”

Biden — on his first overseas tour as US president — and the British Prime Minister are set to agree on a modern version of a charter signed by Winston Churchill and Franklin D. Roosevelt, that set out post-war goals for democracy, trade and opportunity.

“The world needs this meeting,” Johnson wrote in an article released Thursday, saying the “time has come to dispel any sense of gloom.”

But while keen to affirm the strength of the long-celebrated partnership, Biden has reportedly ordered US diplomats to scold Johnson over his handling of Brexit and its effects on the Northern Ireland peace process.

The Times daily reported America’s most senior diplomat in Britain, Yael Lempert, told Brexit Minister Lord Frost that the UK government was “’inflaming’ tensions in Ireland and Europe with its opposition to checks at ports in the province.”

Port checks on deliveries heading into Northern Ireland from mainland Great Britain were agreed as part of the Brexit deal but caused consternation among unionist communities, who say it changes their place within the wider UK.

London suspended checks earlier this year because of threats to port staff, and the protocol has been blamed for the worst violence in years in the British-run province.

Talks to resolve the simmering border row broke up without agreement, and the European Union has threatened the UK with retaliatory action if it refuses to implement post-Brexit trading arrangements in Northern Ireland.

For its part, the State Department said the US will encourage both sides “to prioritize economic and political stability in Northern Ireland and to negotiate within existing mechanisms when those differences arise.”

Biden kicked off his first foreign trip as commander-in-chief by announcing “the United States is back!” while urging global collaboration to rebuild after Covid-19 and reset diplomatic ties after the Trump era.

His charm offensive began even before he touched down in England for a packed week that takes in a G7 leaders’ meeting, summits with NATO and the European Union, and talks with his Russian counterpart Vladimir Putin.

On the way, Biden’s national security adviser Jake Sullivan told reporters aboard Air Force One that the president would kick things off with news of a major vaccine-sharing initiative.