US Renews Support for Morocco’s Self-Determination in Sahara Dispute 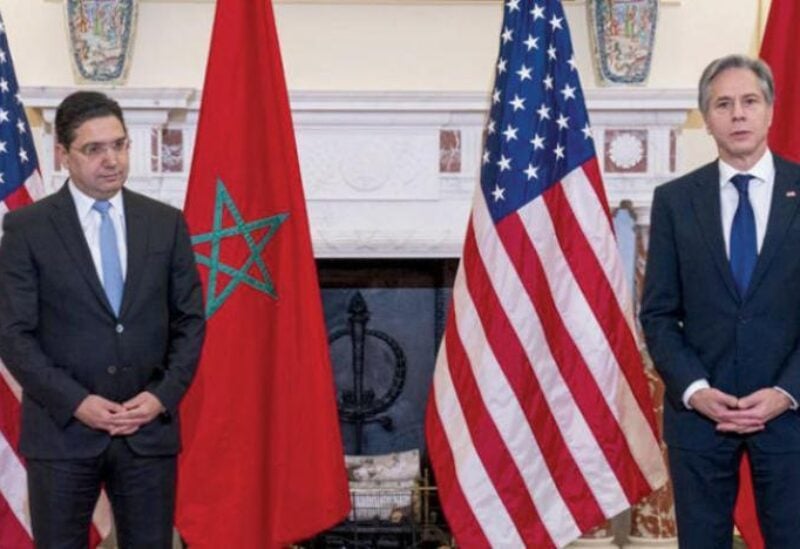 Washington renewed its support for the Moroccan initiative for self-determination by describing it as a durable and dignified resolution to the conflict in Western Sahara.

“We continue to view Morocco’s autonomy plan as serious, credible, and realistic, and one potential approach to satisfy the aspirations of the people of Western Sahara,” US State Department spokesperson Ned Price said in a press release following a meeting between Secretary of State Antony Blinken and his Moroccan counterpart, Nasser Bourita, in Washington on Monday.

The two ministers also discussed a range of regional issues, including the continued deepening of relations between Morocco and Israel.

They hailed the upcoming first anniversary of the Joint Declaration among Morocco, Israel, and the United States on December 22, which enshrined the US recognition of Morocco’s full sovereignty over the Sahara.

In December 2020, US President Donald Trump announced his recognition of Moroccan sovereignty over Western Sahara in return for Rabat agreeing to normalize relations with Israel.

The Blinken-Bourita meeting came two days before the unprecedented visit of Israeli Defense Minister Benny Gantz to Rabat that kicked off on Tuesday.

In a brief statement before the start of talks with Bourita, the US top diplomat welcomed the “solid and longstanding” partnership between the US and Morocco, while reaffirming the will of his country to further consolidate it.

For his part, the Moroccan minister highlighted the centuries-old and multidimensional relations binding the two countries as well as the importance of further consolidating them in the face of common challenges, in accordance with the Vision of King Mohammed VI.

“We have a very longstanding partnership and it is time to enrich it further, to enrich our strategic dialogue, our military cooperation, and defend our interests and our values in the world,” he said.

Bourita mentioned, on this occasion, a series of common challenges, including climate change, extremism, peace and security, all of which, he said, “give more relevance to this relation.”