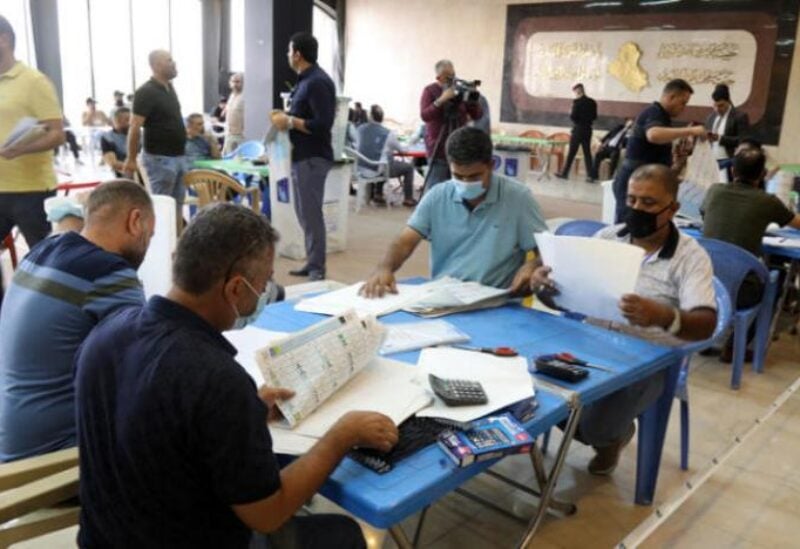 The United States confirmed it supports the Iraqi elections to achieve people’s aspirations towards democracy and providing the services demanded during protests.

Washington also stressed its support for the new government in limiting arms within the control of the state.

Deputy Assistant Secretary of State for Iraq and Iran Jennifer Gavito said that the US government supports the Iraqi government’s own position that arms should be within the control of the state, adding that US efforts are “very much aligned largely in line with that direction.”

“What we have seen over the last couple of years is a desire on the part of Iraqis to hold their government accountable for providing services and working towards conditions that allow their economy to thrive and offer a brighter future to the youth.”

Speaking on Wednesday at a video conference organized by the Atlantic Council on “Iraq’s Post-Election Scenarios”, Gavito reiterated US support to Iraq’s desire to be a “sovereign nation and this is not necessarily what is in Iran’s interest.”

She pledged to support Iraqi efforts, and at the same time hold Tehran accountable for its destabilizing activities.

Regarding talks with Iran, she said: “They are welcome to come back to the table. We would like to negotiate and are prepared to negotiate and talk in good faith as soon as they are ready, but their destabilizing activities have to stop.”

The US official confirmed that the US administration of President Joe Biden focuses on a “strategic long-term relationship” in its dealings with Baghdad because it views Iraq as “the center point of stability in the Middle East,” noting Iraq’s role in regional initiatives to resolve conflicts.

She said that the recent elections are an opportunity to solidify Iraq’s own stability as a catalyst to greater stability throughout the region, adding: “It is hard to speculate at this point what that process might look like, especially because we are still waiting for the final results to come in for final assessment.”

Gavito explained that at this point, the US focuses on the integrity of the electoral process rather than quick reactions to how this process may take place.

Washington acknowledges that the government formation process may take some time, said the official, expressing her country’s readiness to work with the interim government and the government that is democratically chosen after that.

“We just have to be extraordinarily careful… We did everything in our power to support the Iraqi government’s efforts to hold free, fair, credible, and secure elections,” she added.

“We congratulate them on having done that in a way that unfolded without major security incidents.”

In turn, the former US ambassador to Iraq, Douglas Silliman, said at the meeting that Iraq’s recent polls “look a lot like the 2018 elections. There is not widespread violence, and the process seems to have gone mostly correct based on the initial announcements by the EU and the UN.”

Silliman believes that “Iraq may be easing into a pattern where they can actually conduct better elections, or at least more technically correct elections than in the past.”

He wondered if the political system will produce a majority government, “someone who can get a majority of seats in the parliament, or will they again produce […] a government of national unity?”

He added, “If young Iraqi see differences in the results of governance and government formation from this process, then I think they’re less likely to go back to the streets.”

“I saw during the time that I was there (Iraq) in the final months, that there was a growing concern about some kind of Shiite militia in general in a couple of places. First of all, there was concern that some of the Shiite militias were very much tied to Iran and pursued an Iranian policy and […] there is a need for an Iraqi identity. They also want to see their government fulfilling ideas that are Iraqi.”