US senator: Iran has taken ‘gravely concerning steps’ to advance its nuclear programme 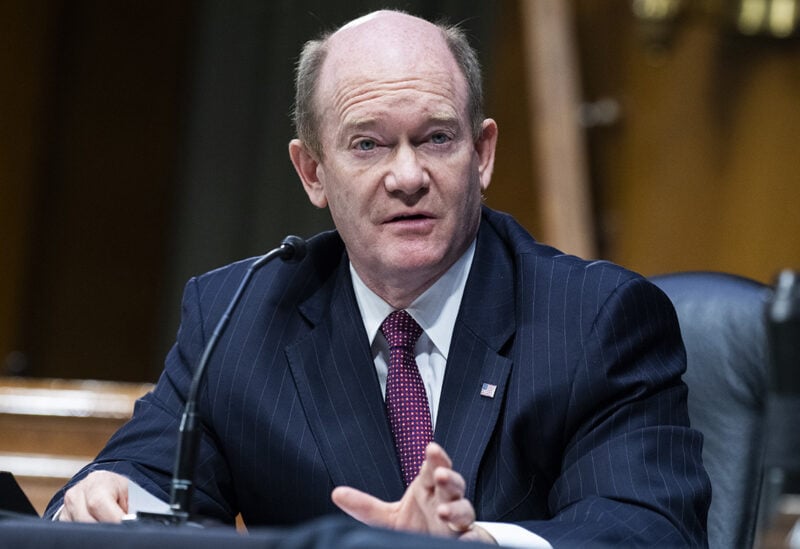 A US senator said Iran had taken “gravely concerning steps” to advance its nuclear programme in the past few months.

Chris Coons, a senator from Delaware, warned Iran had advanced “centrifuge research to increase their enrichment percentages” and other aspects “required for the actual development of a functioning nuclear device”.

Mr Coons said Iran had chosen a destabilising path and urged greater engagement across the region to cool temperatures.

He said this did not mean a simple return to the nuclear deal Tehran signed in 2015 with the US, UK, France, China, Russia and Germany, but a broader effort.

Under the deal, Iran agreed to limit some nuclear activities and allow in inspectors in return for the lifting of economic sanctions.

But the US withdrew from the agreement in 2018 under the Trump administration.

Talks are continuing in Vienna to revive the deal under the administration of US President Joe Biden.

“There’s a lot of understandable and legitimate concerns on the part of our partners in the region,” Mr Coons told CNBC.

“And I think we should be prepared to not just re-engage with the Iranians as we have – to negotiate not just a return to the [deal] … but to have a path forward and a plan for a broader engagement that could bring regional partners together to provide for lowering the temperature.”

Mr Coons was in the capital with his colleague, Chris Van Hollen, who both serve on the influential US Senate committee on foreign relations.

“UAE officials … fully understand why the Biden administration is engaged in that diplomatic effort with Iran,” Mr Van Hollen said.

“Military confrontation with Iran is in nobody’s interests. We have a way to go in Vienna and we’ll have to see how all that plays out.

“The main thing is that the United States will consult with the UAE and other partners as we proceed.”

Both said much remained to be discussed, but Mr Coons stressed that the release of dual nationals – American and British Iranians – held in Iran would be important.

“There was a heart-breaking story in The Washington Post this weekend about an Iranian-American family where two young women were just relaying the difficulty of three years of their father being imprisoned for literally no apparent reason,” Mr Coons said.

“So I think there’s a number of things that have to happen before I, at least, would be enthusiastic, not least of which would be the release of a number of dual nationals who’ve been held hostage by the Iranians as bargaining chips … one of many ways in which they violate basic human rights.”

The senators also touched on Afghanistan. Mr Biden announced that the US would finally withdraw from the country by September 11 after 20 years of involvement.

Both senators said it was important to send a signal that while the US might be withdrawing, it was not turning away from the region or downgrading “its close and enduring partnership with the Emiratis”, Mr Coons said.

He said who the US-UAE relationship was “strong, valuable and a security partnership of great consequence”.

“Speaking for myself, not the administration, I view this as an important relationship,” Mr Coons said.

“Abu Dhabi and Dubai, in particular, are critical logistical hubs, not just for this immediate region but for the whole world.

“We continue to have enduring interests together. And I think, if anything, you’ll see our relationship get stronger going forward.”

Mr Van Hollen said the UAE was regarded as an important regional partner.