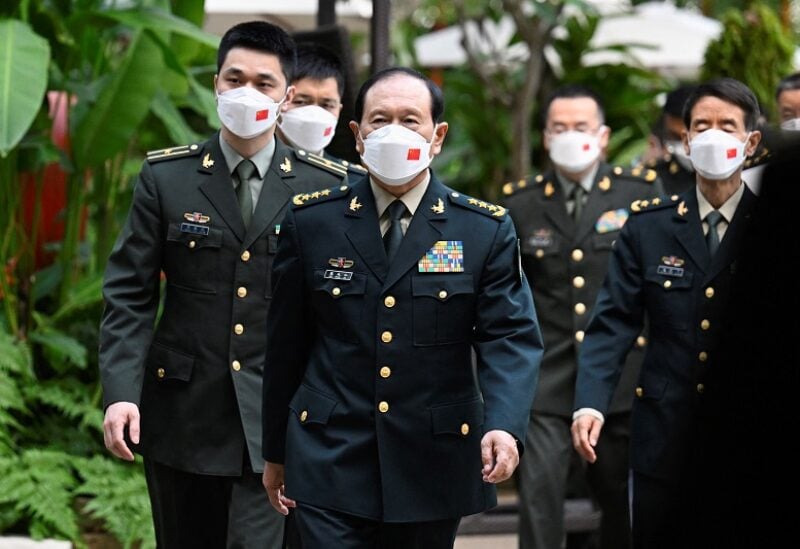 “The strategy of the United States for the Indo-Pacific region is fueling future conflict,” said China’s State Councilor and Defence Minister General Wei Fenghe, in a strongly worded response to his American counterpart.

Highlighting that the ties between the two superpowers are at a critical juncture, Fenghe said that is up to the United States to improve the bilateral relationship.
Addressing Asia’s premier security meeting, the Shangri-La Dialogue, Fenghe urged the US to stop ”smearing and containing China”.
Amid soaring tensions with the United States over the island, Fenghe said China will “fight to the very end” to stop Taiwan from declaring independence.
Suggesting at Asia’s premier defense forum that recent Chinese military activity around the self-governing island threatens to change the status quo, US Secretary of Defence Lloyd Austin stressed American support for Taiwan.

He had slammed China’s “steady increase in provocative and destabilising military activity near Taiwan.”
Aimed at intimidating it into accepting Beijing’s demands to unify with the communist mainland, China has stepped up its military provocations against democratic Taiwan in recent years.

Although China claims Taiwan as a part of its territory, the two had split during a civil war in 1949. Beijing has warned not to underestimate its resolve to safeguard its national interests and said those who support Taiwan’s independence will face adverse consequences.