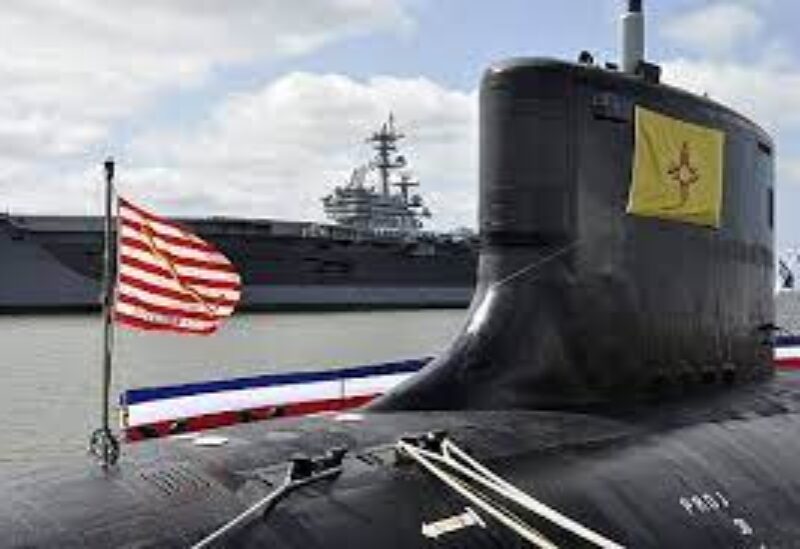 A nuclear-powered American submarine has docked at a civilian port in northern Norway, sparking concerns among protesters, who say the deployment would turn the city into a bomb target in the event of a war.

The Norwegian government imposed a no-fly zone over the port, strictly guarding access to the harbor area under tight security.

The military guarding of the port will only last for as long as the submarine stays, said the army.

People gathered at the port to protest the submarine’s arrival and the government’s failure to “take adequate preventive measures to avert a possible nuclear catastrophe.”

They held banners that read, “US Army out of Norway” and “No nukes in Tromsø.”

The leader of Norway for Peace said Norwegians “fear that Tromsø will become a bomb target if there is a war.”

“The contingency plan doesn’t address whether there are nuclear weapons on board the vessel,” said Ingrid Schanke.

Protesters also say the city, home to 76,000 residents, is in danger as the municipality doesn’t have the expertise or equipment to handle a possible accident involving radioactive leakage.

“I have shown up to show resistance to what is happening here now, because if an accident should happen, the consequences haven’t been taken into account,” said a protester.

A spokeswoman for the armed forces’ operational headquarters, Elisabeth Eikeland, however, voiced confidence that the operation will go as planned.

Earlier this year, the armed forces said in an 80-page analysis of a nuclear accident that there would be consequences of “death, damage to health over time, or radioactive harm to nature and the environment.”

The paper, however, said that a nuclear accident was an unlikely scenario.

The government has previously upgraded the port facilities to accommodate nuclear-powered vessels.

The move triggered both popular and political opposition, as well as criticism from environmental organizations.

Over the last few years, nuclear-powered US submarines have increased sailing in the north.

Russia has also expressed concern about Norway’s plans to allow US submarines to make port calls.

Norway gives green light for the use of Tønsnes harbor facility for allied submarines with reactor propulsion.

It has already signed an agreement with the US to build facilities on its airfields and a naval base to facilitate “rapid US reinforcement of Norway in the event of crisis or war.”

The deployment comes as the Pentagon says it is closely monitoring Russian activities and infrastructure build-ups in the Arctic.

Pentagon spokesman John Kirby said last month the US understood that the Arctic region was becoming “vulnerable to expanded competition.”

The Pentagon press secretary also said the US military would protect its “national interests” in the Arctic.

The US, Canada, Denmark, and Norway have all been competing with Russia to assert jurisdiction over parts of the Arctic, as melting Arctic ice opens up new opportunities for tapping resources and new shipping routes.