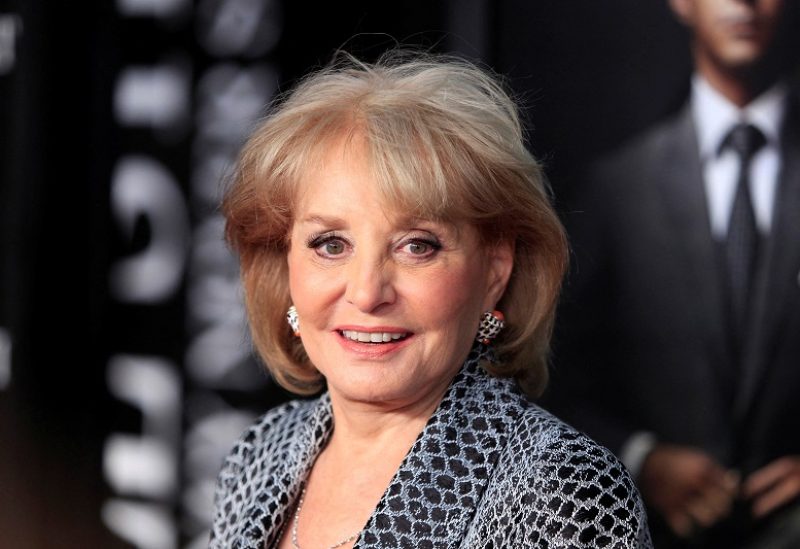 Barbara Walters, US television icon, died at her home in New York on Friday, CEO of The Walt Disney Company, Robert Iger said. She was 93.
“She lived her life with no regrets. She was a trailblazer not only for female journalists, but for all women,” her publicist Cindi Berger said in a statement.

Walters rose to fame as a pioneering news anchor and interviewer, breaking barriers for women in the media industry and becoming one of the most well-respected and influential figures in journalism.

Walters had a career spanning five decades
Born on September 25, 1929, in Boston, Massachusetts, Walters began her journalism career on NBC’s “The Today Show” in the 1960s as a writer and segment producer.

She eventually working her way up to become the program’s first female co-host in 1974.

It made headlines when ABC signed her in 1976 as the first female network news anchor, with an unprecedented $1 million annual salary.

Walters interviewed some of the most prominent figures in politics, entertainment, and business, including every US president since Richard Nixon.
She was known for her tough, incisive questioning and her ability to draw out candid and revealing responses from her subjects.

“I’m not afraid when I’m interviewing, I have no fear!” Walters told The Associated Press in 2008.

As a highly successful side venture, she created and appeared on a daytime ABC talk show, “The View.” In May 2014, she taped her final appearance on “The View” to mark the end of her career on television, but she hosted occasional specials after that.

During a commercial break, a throng of television newswomen she had paved the way for, including Diane Sawyer, Katie Couric, Robin Roberts and Connie Chung, posed with her for a group portrait.

“I have to remember this on the bad days,” Walters said quietly, “because this is the best.”

She earned 12 Emmy awards, 11 of those while at ABC News, the network said.

Tributes pour in for Walters
Fellow TV icon Oprah Winfrey paid tribute to Walters on Instagram saying “without Barbara Walters, there wouldn’t have been me—nor any other woman you see on evening, morning, and daily news.”

“She was indeed a Trailblazer…Grateful that she was such a powerful and gracious role model,” Winfrey added.
Veteran news anchor Dan Rather wrote on Twitter, “Barbara Walters was a trailblazer and a true pro. She outworked, out-thought, and out-hustled her competitors.”

Her “20/20” colleague Deborah Roberts posted a picture on Twitter of them together and “honor to share the set @ABC with the inimitable trailblazer.”
Former The View co-host Rosie O’Donnell shared a video on Instagram saying “may everyone remember what barriers she broke down for women. She really did, she was the first, and will always be remembered.”

She is survived by her daughter, Jacqueline Danforth.