US to announce $3 billion in new military aid for Ukraine 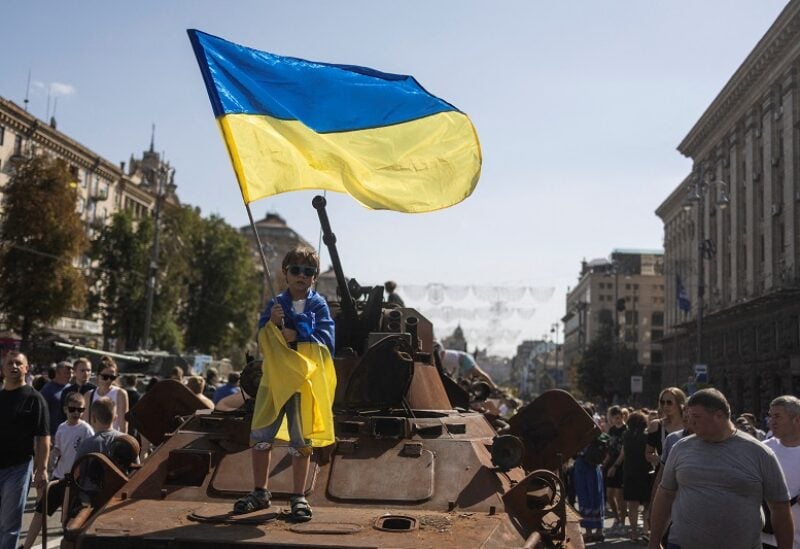 FILE PHOTO: A boy waves a national flag atop of armoured personal carrier at an exhibition of destroyed Russian military vehicles and weapons, dedicated to the upcoming country's Independence Day, amid Russia's attack on Ukraine, in the centre of Kyiv, Ukraine August 21, 2022. REUTERS / Valentyn Ogirenko/File Photo

A new security assistance package for Ukraine of about $3 billion, is expected to be announced by the US as early as Wednesday , according to what an US official has said.
The $3 billion weapons assistance package would be the largest that Washington has generated for Ukraine in the six months since Russian troops poured over its borders.
The new package is being prepared to coincide with Ukraine’s independence day on Wednesday.
The package uses funds from the Ukraine Security Assistance Initiative appropriated by Congress to allow the Biden administration to procure weapons from industry rather than taking weapons from existing US weapons stocks.
Since Russian troops invaded on Feb. 24 in what Russian President Vladimir Putin termed a “special military operation” to demilitarize Ukraine, the conflict has settled into a war of attrition fought primarily in eastern and southern Ukraine.
Moscow is trying to gain control of the largely Russian-speaking Donbas region, comprised of Luhansk and Donetsk provinces, where pro-Moscow separatists seized territory after the Kremlin annexed Crimea to the south in 2014.
Ukraine accuses Moscow of an imperial-style war to retake a pro-Western neighbor that shook off Russian domination when the Soviet Union broke up in 1991.