US to create millions of jobs in clean energy 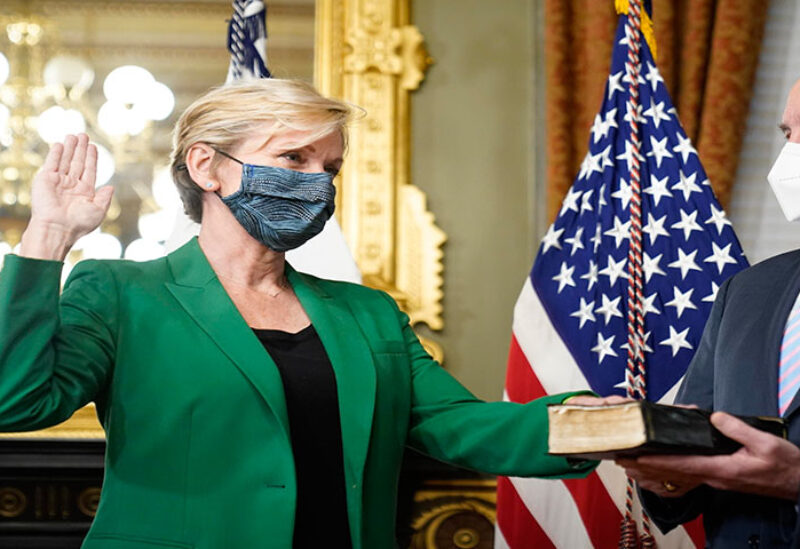 The US will focus on creating “millions” of jobs in clean energy by building up its local manufacturing capabilities in its drive to reach net-zero emissions by 2050, according to the country’s newly-sworn in energy secretary.

Jennifer Granholm, who assumed office last week following a bipartisan confirmation, struck a different tone to the previous administration, which oversaw the US’ rise to become the biggest oil and gas producer in the world.

“The department of energy is going to be one of our government’s most fierce fighting forces, as we pursue this goal of a carbon-pollution-free economy,” Granholm told CeraWeek by IHS Markit, which is being held online this year.

“And we’ve got to add hundreds and hundreds of gigawatts to the grid of clean energy, over the next four years, and to add millions of good-paying jobs.”

The US, under President Joe Biden, is aggressively pursuing clean energy projects as it looks to make good on its aim to cut emissions. Biden has halted all new exploration drilling on federal land after running on a campaign promise to drive $2 trillion-worth of investments in clean energy.

The federal government will also deploy funding through the Loan Program Office to support entrepreneurs working in clean energy, such as solar, wind and electric vehicles, Granholm said.

The office, which has more than $40 billion in funding available, has previously supported Tesla, now the world’s most valuable company. The facility, which remained largely unused under former President Donald Trump, loaned Tesla $465 million in 2009.

“I am ready to rev those engines back up so that we can spur the next generation of innovation and deployment,” she told CeraWeek.

The department on Wednesday announced the appointment of Jigar Shah, a solar energy pioneer, to head the Loans Program Office and to help direct more funding to clean energy projects.

“We are ready to invest in advanced vehicles and carbon capture and advanced reactors and so the possibilities are endless,” Granholm said.

The department will also focus on driving investments into the geothermal sector and will look to capitalize on the expertise of fossil fuel industry veterans in its development.

“It’s an old technology, but it’s a new technology and we’re going to pursue it,” she said. The department’s geothermal technologies office last week announced an allocation of $46m to drive projects into the sector that generates electricity from the heat of the earth.

Ms Granholm also assured the fossil fuel industry that it will not be overlooked as the government pursues green energy reforms.

The department of energy is identifying opportunities for fossil fuel communities to become part of the administration’s clean energy strategy, she added.