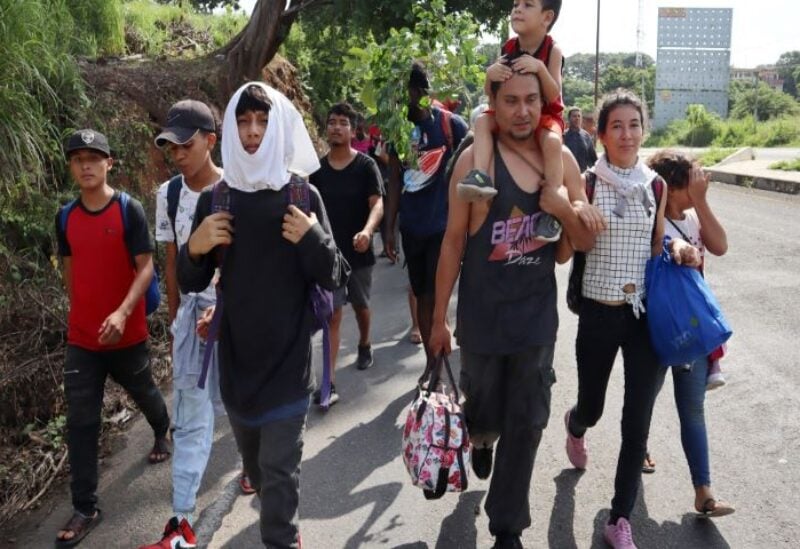 Pending US immigration hearings, officials from both countries said on Thursday, the United States is reinstating a contentious Trump-era border program that forces asylum-seekers to wait in Mexico.
President Joe Biden scrapped the “Remain in Mexico” policy, known as the Migrant Protection Protocols (MPP), upon entering office in order to adopt a more humane approach to immigration. However, a lawsuit by Texas and Missouri ordered its reinstatement, subject to Mexico’s acceptance.
What are the conditions for migrants entering the US from Mexico?
Mexico’s foreign relations secretary said Mexico will allow returns “for humanitarian reasons and for temporary stays.”
“The United States accepted all the conditions that we set out,” said one Mexican official.
This includes taking steps like offering COVID-19 vaccines to returning migrants, more protection in dangerous Mexican border cities, better access to attorneys, quicker resolution of cases, and exempting more categories of people deemed vulnerable.
Adults will get the single-dose Johnson & Johnson vaccine, whereas children who are eligible under US guidelines will get the BioNTech-Pfizer shot. They will receive their second shots when they come to the US for their first hearings.
Migrants also will be asked if they have a fear of persecution or torture in Mexico before being enrolled in the program, and have access to legal representation, according to US officials.
The Biden administration will dedicate 22 immigration judges to hear MPP cases to ensure they are completed within 180 days.
White House press secretary Jen Psaki called the policy “deeply flawed.”
While the Department of Homeland Security said it was working in line with the court order issued in Texas, it added that Secretary Alejandro Mayorkas believed that the Trump program had “endemic flaws” and “unjustifiable human costs.”
The United Nations’ refugee agency, UNHCR, has called for an end to the program, saying it puts asylum seekers at risk and harms their due process rights.
“The announced adjustments to the policy are not sufficient to address these fundamental concerns,” UNHCR representative Matthew Reynolds said in a statement.
There are fears that many border shelters are already full and overwhelmed. The country is also struggling with makeshift migrant encampments that have popped up along the border in the past year. Asylum-seekers are often victims of major violence as they wait in Mexico.
“The ‘Remain in Mexico’ policy was a humanitarian disaster when it was first implemented, and it is doomed to be so again,” said Eleanor Acer, senior director for refugee protection at Human Rights First, which documented violence against migrants while they were waiting in Mexico.
But Texas Attorney General Ken Paxton called the restoration a “huge win” for the state.