US, Turkey to step up war on financial roots of Daesh-K, experts say 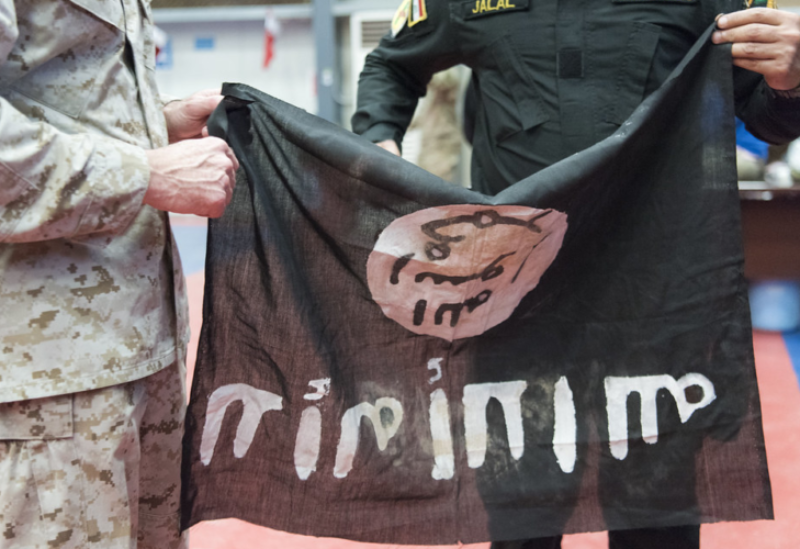 New sanctions on three leaders of the Afghanistan affiliate of Daesh, widely known as Daesh-K, and another man accused of operating a Turkey-based informal financial network, by the US State Department.
The group’s leader, Sanaullah Ghafari, spokesperson Sultan Aziz Azam and Kabul province leader Maulawi Rajab were all named as Specially Designated Global Terrorists, while Ismatullah Khalozai, who is blamed for operating an informal money-moving network, known as a hawala, that has financially supported Daesh-K for the last two years, was also designated.
Khalozai is known as the financial facilitator for the group and has operated a financial scheme that involved the international resale of luxury items, whose earnings were used to finance Daesh-K. The US also accuses him of engaging in human smuggling operations, including bringing a Daesh-K courier from Afghanistan to Turkey.
Last year, Washington identified another critical financial facilitator for Daesh, the Turkey-based Adnan Mohammed Amin Al-Rawi.
Andrea Gacki, director of the US Treasury Department’s Office of Foreign Assets Control, said of this week’s action against Khalozai: “(The) designation underscores the United States’ determination to prevent (Daesh-K) and its members from exploiting the international financial system to support terrorist acts in Afghanistan and beyond… The Biden administration is committed to rooting out terrorist financing networks around the world.”
All Khalozai’s property and interests in property under US jurisdiction are now blocked, while American citizens are barred from engaging in any transactions with him.
Following the US withdrawal from Afghanistan in August and rapid Taliban takeover, Daesh-K has gained a wide presence in 34 provinces and has stepped up its bloody attacks. The group most recently claimed responsibility for a double bomb attack in the Afghan capital Kabul this month.
Turkey’s Financial Crimes Investigation Board has been regularly going after Daesh’s illegal money transfer system and it cooperates with the US to track the hawala chain system.
Colin Clarke, a senior research fellow at the Soufan Center, a nonprofit organization focusing on violent extremism, said: “Turkey needs to open the books to the US Treasury Department and share intelligence on any terrorist networks known to operate on Turkish soil.”
He added that Turkey and the US should cooperate further to crack down on the financial roots of terror groups, regardless of any powerbroker that may benefit from the current arrangement. “So cracking down on this activity will cause some tensions,” Clarke told Arab News.
“After 9/11, the international community fell into the analytic trap of thinking that failed states like Afghanistan are the ideal safe haven for terrorist groups. However, countries like Turkey are far more valuable because they are connected to the trappings of globalization, from communications to transportation to global finance,” he added.
In 2019, Turkey disrupted another of Daesh’s illegal money transfer systems, which used Turkish and Syrian-based jewelry firms and foreign exchange offices as front companies.
Nihat Ali Ozcan, a security policy analyst at the Economic Policy Research Foundation of Turkey in Ankara, said the illegal mobility of Daesh money did not appear as a result of the Taliban takeover in Afghanistan, but was ongoing before then.
“As the US began publicly tracking and announcing the origins of these money transfers, (it) means that there is ongoing cooperation between authorities in Ankara and Washington behind the scenes to cope with global financial crimes, because both countries are obliged to respect the relevant international commitments on this issue,” Ozcan told Arab News.
Ozcan said that, when the Taliban returned to power in Afghanistan in August, half of the country’s parliamentarians had Turkish citizenship because of the assets and investments they had previously had in Turkey.
“Therefore, there are great legal and illegal financial flows in Turkey that also eventually involve human smuggling and drug trafficking. It is not a surprise that some illegal groups use the hawala system through Turkey to finance (Daesh-K) because of this global ecosystem of money and human mobility that goes across borders,” he added.
During the course of the summer, hundreds of Afghans crossed from Iran into Turkey every day. Experts underline that such human flows resulted in uncontrollable money movements within the country.
Ozcan expects that, from now on, the US and Turkey, both victims of terrorism, will step up their efforts to track the roots of the illegal transactions that have fed back to terror cells.
“This latest announcement by the US Treasury is just the beginning of a new process and this bilateral cooperation against global financial crimes will not be restricted to Afghanistan but will probably spread to the regions where Daesh is gaining presence,” he said.
An official Taliban spokesperson in Kabul said Daesh-K does not pose a threat to the country. Bilal Karimi, of the Taliban prime minister’s office, said: “They (Daesh-K) don’t have any adverse effect on Afghanistan. Those names in the list are the unknown faces, and one of them has already been killed two or three years ago. So they are not familiar to anyone; overall, Daesh is not a threat for Afghanistan’s Islamic emirate government or the Afghanistan people.”
He added: “You know that this type of criminal activity happens all over the world, but the Islamic Emirate of Afghanistan arrested several people involved in those cases, and many of them were killed. Also, we have dismantled many groups of Daesh in Kabul and other provinces. This group (Daesh-K) doesn’t have any support from the people or any other organization. All of these actions are just show-offs for the Daesh group; they are not a threat. So they cannot do anything to Afghanistan’s Islamic emirate.”