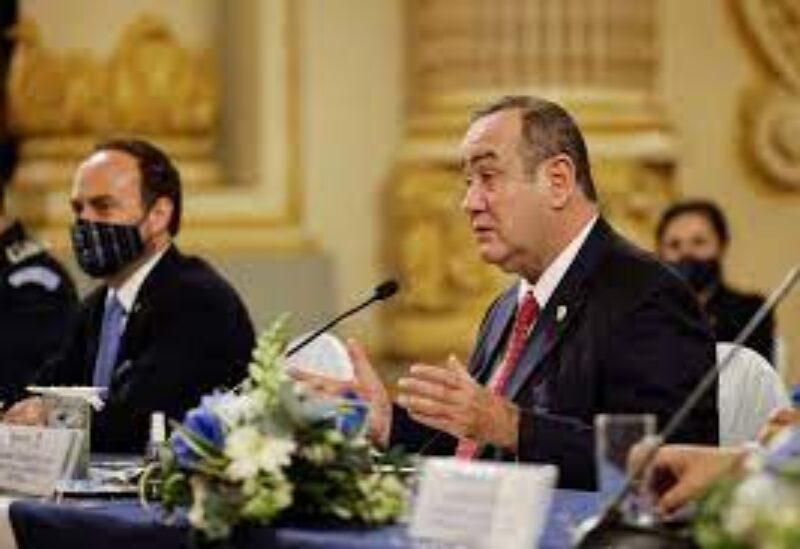 As US Vice President Kamala Harris visited Guatemala for meetings with President Alejandro Giammattei, the Biden administration released details of a task force of prosecutors to combat human smuggling and corruption in Central America.

According to a statement released by the US Attorney General, Merrick B. Garland, the Joint Task Force Alpha will marshal US Justice Department and Homeland Security resources against “the most prolific and dangerous” human smuggling and trafficking organizations in the region.

The squad would work alongside other US prosecutors in the “Northern Triangle” countries of El Salvador, Guatemala, and Honduras to establish cases against corrupt figures in the region, according to the announcement.

Harris announced the task group on human smuggling while on her first abroad trip as vice president, meeting with Giammattei as part of her goal to address the core causes of migration from Central America to the United States.

At the commencement of a meeting with Giammattei, Harris said, “It is in our joint interest that we work together.”

However, disagreement is likely over the best way to tackle corruption, with the United States giving recognition to anti-graft fighters the conservative government and its allies see as politically biased.

Giammattei said the fight against narco trafficking needed to be an integral part of tackling corruption.

With a series of efforts against independent judges and prosecutors, the Biden administration’s efforts to promote the rule of law in all three countries has already suffered losses. El Salvador’s president withdrew from an international anti-corruption deal last week, and in May, he appointed supporters to replace judges and the attorney general.

Harris will travel to Guatemala to meet with civil society leaders and businesspeople before heading to Mexico. Economic growth, climate and food shortages, and women’s problems are among the White House’s top priorities, according to officials.

The visit will emphasize cooperation with non-government organizations, advisers and experts said. That focus could ruffle feathers in Guatemala, where the top court has cleared the way for a law that increases political oversight of civil society groups.

In Mexico too, the subject of U.S. funding for NGOs is a sore spot, after the government complained in a diplomatic note to Washington that USAID was financing a group it considers close to the opposition.

Some officials in Guatemala and Mexico have criticized Harris’ timing and focus on reducing migration to the United States from the area, with the Mexico leg coming after the weekend’s mid-term elections.

During the meeting, Harris was expected to discuss sharing COVID-19 vaccines with Guatemala, according to chief spokesman and senior adviser Symone Sanders. Last Monday, Giammattei announced that the US would provide Guatemala with half a million COVID-19 dosages.