US welcomes trilateral summit between Egypt, Israel and UAE 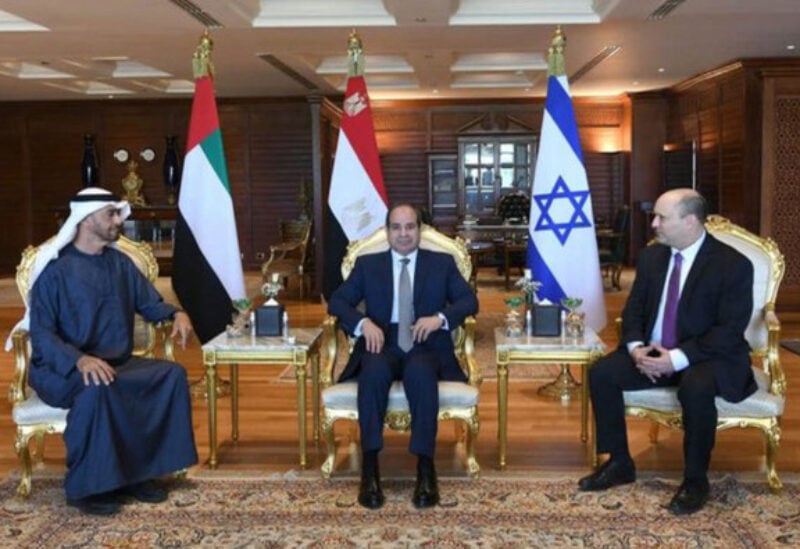 US State Department spokesperson Ned Price, said that the US welcomed the trilateral summit on Tuesday between the leaders of Egypt, Israel and the UAE, who met in Sharm El-Sheikh for talks on the economic impact of Russia’s invasion of Ukraine and the growing influence of Iran in the region.

Price told reporters that US Special Envoy for Iran Robert Malley has been in close consultations with Gulf partners.

The summit came nearly a month after Russia invaded Ukraine in a move that sparked concerns about security and sent prices of oil, wheat and other key commodities soaring.

“Against the backdrop of the recent developments in the world and the region, the leaders discussed the ties between the three countries and ways to strengthen them on all levels,” said a statement from the office of Israeli Premier Naftali Bennett.