Uyghurs in Turkey disappointed by UN report on China’s Xinjiang 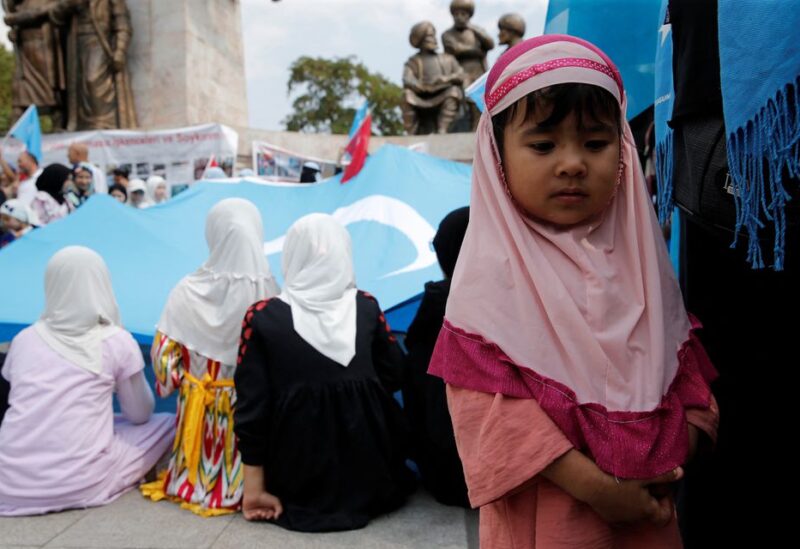 Uyghurs in Turkey expressed disappointment after a UN investigation concluded that China’s incarceration of Uyghurs and other Muslims in its Xinjiang region may amount to crimes against humanity.

Uyghurs interviewed by Reuters in Istanbul said the UN report, released on Wednesday, was late and could have gone farther in criticising China’s treatment of their Xinjiang group.

Some 50,000 Uyghurs are estimated to live in Turkey, the largest Uyghur diaspora outside Central Asia. Turks have close ethnic, religious and linguistic ties to the Uyghurs.

Mukerrem Abitoglu, a Uyghur who came to Turkey with her youngest daughter in 2017, said the report did little for her people.

“We filed our complaints to 15 countries. Journalists came. We spoke to them but it was no good,” Abitoglu said as she cried in her small shop where she sells Uyghur-designed gifts.

“China kills our young people, leaves our children orphaned so what they (the United Nations) do now is not enough,” said Abitoglu, who has not heard from her husband and her two children for the past five years.

U.N. High Commissioner for Human Rights Michelle Bachelet, who has faced criticism from some diplomats and rights groups for being too soft on China, released the report just minutes before her four-year term ended.

The report said China’s “arbitrary and discriminatory detention” of Uyghurs and other Muslims in its Xinjiang region may constitute crimes against humanity. The United States has accused China of genocide.

China has vigorously denied any abuses in Xinjiang and issued a 131-page response to the 48-page UN report.

The head of the NGO group East Turkestan New Generation Movement, Abdusselam Teklimakan, said the report came late, while Uyghurs were year after year worrying about the fate of their loved ones in Xinjiang.

“When a nation is destroyed, it is not appropriate for humanity to watch them being destroyed for a couple of years. In this respect, this is a disappointment,” Teklimakan added.

The UN Human Rights Office said in the report that serious human rights violations had been committed in Xinjiang and recommended the Chinese government take prompt steps to release all those detained in training centres, prisons and detention facilities.