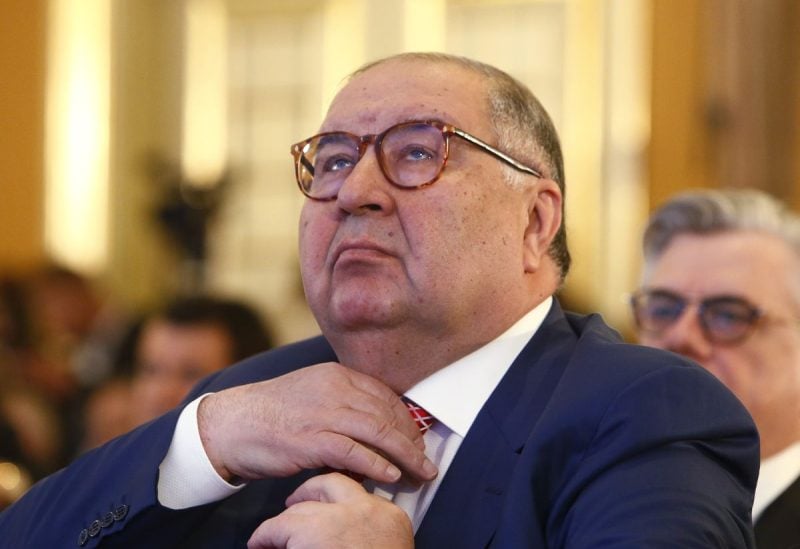 Russian businessman and founder of USM Holdings Alisher Usmanov attends a session during the Week of Russian Business, organized by the Russian Union of Industrialists and Entrepreneurs (RSPP), in Moscow, Russia March 16, 2017. REUTERS

Spiegel news magazine claimed on Friday that diplomatic ties between Germany and Uzbekistan have been strained as a result of a German probe into Russian-Uzbek billionaire businessman Alisher Usmanov, who is accused of money laundering and tax evasion.

A request for comment from Reuters was not answered by the German Foreign Office.

According to Spiegel, there have been a number of crisis meetings between the ambassadors of the two nations, including the late-September summoning of the German ambassador in Tashkent.

This followed searches carried out at properties registered to Usmanov on the shores of Lake Tegernsee in southern Germany on Sept. 21. The following week, German police also searched a motor yacht in northern Germany as part of the probe.

The Uzbek ambassador to Berlin appealed to the German Foreign Office for an appointment with the Federal Criminal Police Office, without success, Spiegel reported.

Usmanov, who is said to have close relations with Russian President Vladimir Putin, was placed on the European Union’s sanctions list after Russian forces invaded Ukraine.

His spokesperson has rejected the accusations against him as baseless and defamatory.