Vaccine uptake among over 50s hits 95 percent in England 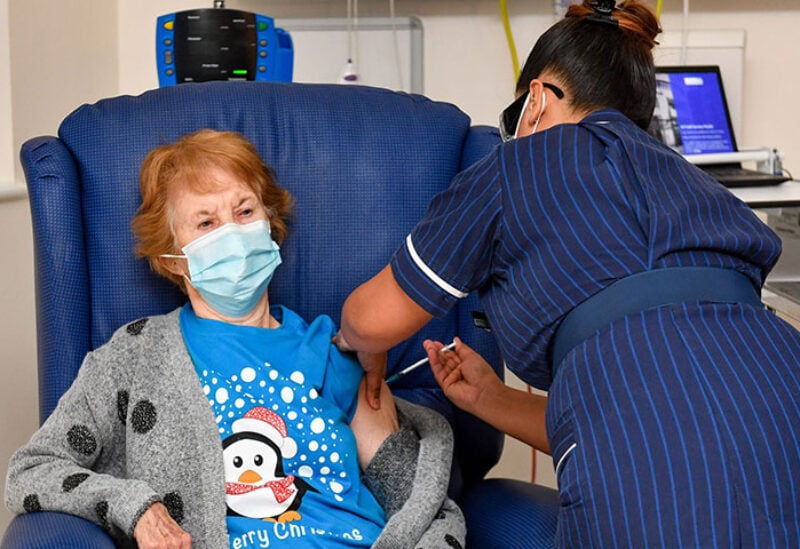 The percentage of over 50s vaccinated has hit 95 percent in England, NHS data shows.

The take-up among those aged 45-49 is at 59 percent after they started being offered the jab earlier this month.

But uptake among care home staff – one of the first groups to be offered the jab – is still around 80 percent despite attempts to get more to come forward.

The figures are released as Margaret Keenan – the first person to be vaccinated in the UK -praised the incredible rollout of the jabs.

The 91-year-old was given the Pfizer-BioNTech vaccine in early December at at University Hospital in Coventry in December.

Latest figures show more than 33 million people in the UK have received at least one dose of a coronavirus vaccine with more than 10 million having received both doses.

In an online chat with NHS chief executive Sir Simon Stevens, Keenan, originally from Enniskillen, Co Fermanagh, urged anyone who has not yet been vaccinated to come forward.

“There’s nothing to it, you don’t feel anything” she said.