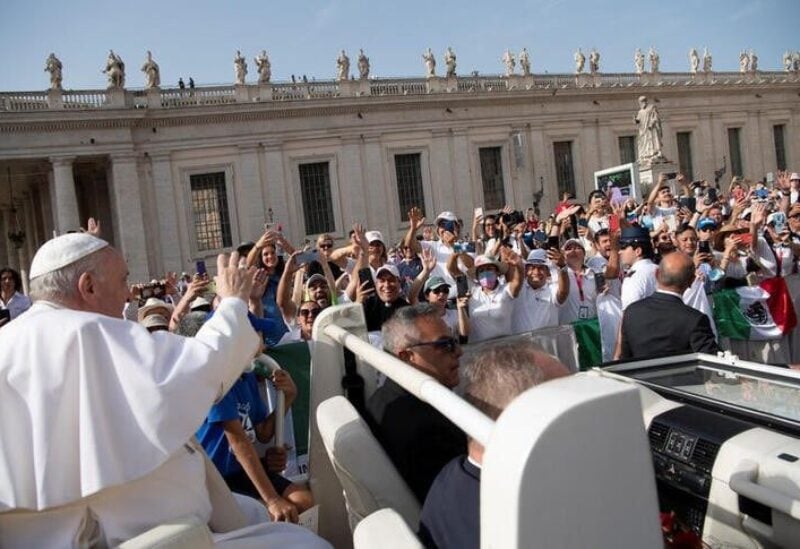 Pope Francis greets people as he arrives for the weekly general audience at the Vatican June 22, 2022. Vatican Media/­Handout via REUTERS

The U.S. Supreme Court’s decision on abortion was applauded on Friday by the Vatican’s Academy for Life, which asserted that it pushed the entire world to consider life-related issues.

The Vatican department also stated in a statement that because life has “wide societal significance,” it cannot be protected just through the lens of individual rights.

The U.S. Supreme Court on Friday took the dramatic step of overturning the landmark 1973 Roe v. Wade ruling that recognised a woman’s constitutional right to an abortion and legalized it nationwide.

“The fact that a large country with a long democratic tradition has changed its position on this issue also challenges the whole world,” the Academy said in a statement.

U.S. President Joe Biden, a lifelong Catholic, condemned the ruling, calling it a “sad day” for America and labelling the court’s conservatives “extreme.”

Archbishop Vincenzo Paglia, who heads the Pontifical Academy for Life, said the Court’s decision was a “powerful invitation to reflect” on the issue at a time when “Western society is losing passion for life.

“By choosing life, our responsibility for the future of humanity is at stake”, Paglia said.