Venezuela exports jet fuel to Iran in exchange for gasoline 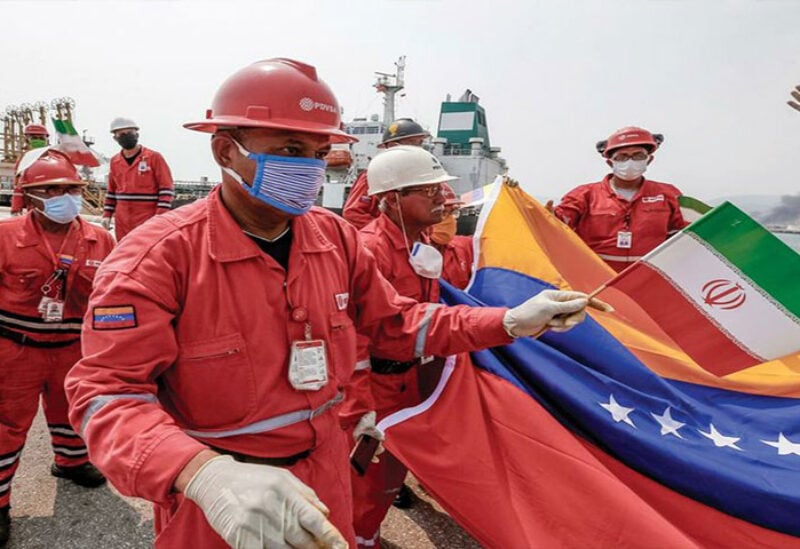 Venezuela is shipping jet fuel to Iran in return for vital gasoline imports for the South American nation as part of a swap deal agreed by the two state-run oil firms, three people with knowledge of the matter told Reuters.

Iran has sent flotillas of state-operated tankers carrying gasoline and feedstock for motor fuel to Venezuela, as well as equipment and spare parts to help the once-prosperous OPEC nation restart its dilapidated refineries.

But the countries have provided few details on what Iran is getting from Venezuela in return.

Iran’s embassy in Caracas said in August that Venezuela had shipped a cargo of mangos and pineapples to Iran as part of “win-win commercial relations.”

Both Caracas and Tehran – which the United States has sanctioned with the aim of halting its nuclear program – have celebrated the Iranian fuel shipments as a method of resisting pressure from their common adversary.

However, one of the sources said NIOC and PDVSA last year agreed to a full swap of Venezuela jet fuel to pay for the Iranian gasoline.

The fuel swap suggests that Iranian fuel shipments to Venezuela – rather than a temporary expediency – could be sustained over the longer term.

Jet fuel is now abundant in Venezuela due to a shutdown in most domestic air travel due to coronavirus-related restrictions.

The jet fuel is shipped in the Iranian tankers that deliver gasoline to Venezuela in order to secure a uninterrupted flow of refined products and take advantage of available tankers, the source said. Such deals are known as “perfect trips” in the maritime industry as vessels travel fully laden in both directions.

Many independent tanker firms have been reluctant to carry Venezuelan oil or imported fuel for the country since Washington started sanctioning vessel owners.

“Each cargo is priced and compensated later. If there are differences in value (between swap shipments), they are paid through future cargoes,” the source added.

Venezuela has used shipments of its Merey heavy crude to compensate Iran for shortfalls in the value of jet fuel exports, with at least one 1.9-million-barrel cargo delivered to NIOC since October, according to the sources and PDVSA documents seen by Reuters.

The mechanism has so far allowed the two state firms to dispatch cargoes in and out of Venezuela onboard Iran-flagged vessels that have docked at the South American nation’s ports at least three times since May 2020, according to Refinitiv Eikon data.

PDVSA is selling the Iranian gasoline in dollar-denominated prices at the pump, which has provided it with desperately needed hard currency for operations. It is unclear if Iran is using the Venezuelan jet fuel for domestic consumption or if cargoes are resold.

n addition to the jet fuel, Venezuela sent alumina to Iran aboard a cargo vessel that brought supplies for a supermarket in Caracas, as a years-long economic collapse has led to a humanitarian crisis in Venezuela.

U.S. officials have said that Caracas is also paying Tehran with gold.