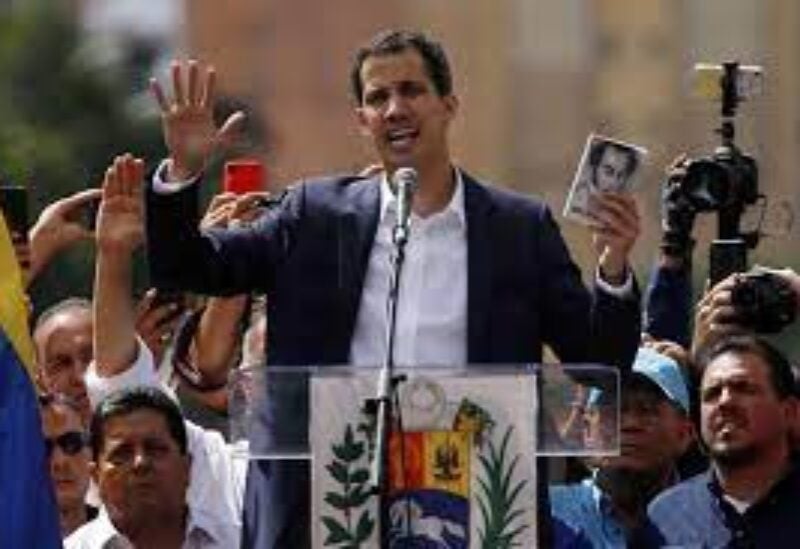 Guaido’s parallel government accused the governing United Socialist Party of Venezuela (PSUV) of the attack, saying members “hit and insulted” Guaido.
A photo posted by a Venezuelan politician showed Guiado being held back as people gathered around him, with someone tearing at Guaido’s shirt.
Guaido was physically attacked at a nursery in San Carlos, the capital of Cojedes State in northwestern Venezuela.

He was meeting with people in a rural community near the capital city.

In a late night message on social media platforms, Guaido named two people he said were clearly identified in images and videos.

“Those who attacked today, these members or leaders of the regime’s party” should accept responsibility,” Guaido said.

“They are not going to take us off the streets, we are going to honor our commitment to achieve free elections,” Guaido said, referring to President Nicolas Maduro’s government.

“I’m moving forward, there’s no way we’re going back,” Guaido added.
After the disputed re-election of President Nicolas Maduro in 2018, Guaido, as head of parliament, declared himself interim president, saying the previous poll was invalid.

The US and the UK back Guaido’s claim as the rightful interim president until fair elections can be held, but the European Union withdrew its recognition of this status in 2021.

The EU downgraded Guaido’s status last year to a “privileged interlocutor” after he lost his position as head of parliament following Venezuela’s legislative elections of December 2020, even though the EU does not recognize the vote.

Today, Guaido is the President of the National Assembly, a committee of lawmakers who assert they are the legitimate lawmakers because they say the 2020 parliamentary elections and the 2018 presidential polls were fraudulent.

Guaido has repeatedly called for fair elections and backs a progressive lifting of US sanctions as an incentive for Maduro to do so. Some of the crippling sanctions hail from before the 2018 presidential elections, but more were imposed in the aftermath, aiming to put pressure on Maduro but also taking a serious toll on ordinary people.