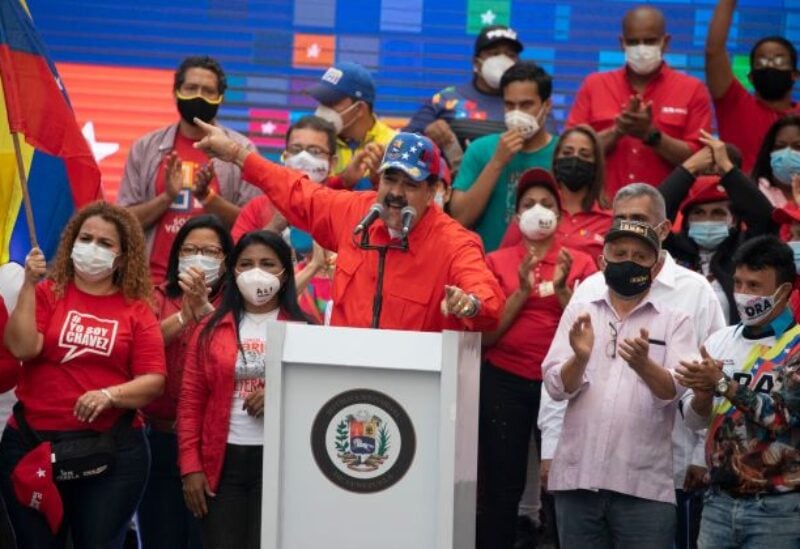 Venezuelan regional and local elections last weekend were held in better conditions than previous contests, according to the head of a European Union observation mission, who declined to say whether the vote was free and fair.

The country’s opposition ran candidates for the first time in four years in the Sunday election, but it was soundly defeated, with the ruling party winning at least 18 of the 23 governorships.

President Nicolas Maduro’s socialist government has long faced accusations of anti-democratic practices from the US and other critics, though the presence of EU observers was seen by some as conferring a modicum of legitimacy on the process.

Maduro has stated that the observers have performed “very well” thus far, while other senior members of the ruling party have referred to the observers as “peepers” and accused them of arriving in the country with a pre-written report.

“The elections were carried out in better conditions than previous electoral processes,” Isabel Santos, the mission’s head, told journalists, while still criticizing aspects of how they were carried out.

“There have been arbitrary bans on candidates for administrative reasons, suspensions, or withdrawals of the most recognized leaders or members of some parties,” Santos said.

Observers saw the use of prohibited “control points,” which were used to track which government supporters voted, she said, and structural flaws remain.

Santos declined multiple times to say whether the vote was free and fair and called for the observers’ eventual final report not to be used as a political instrument.

Some polling places suffered delays in opening and closing times, she said, though voting machines were trustworthy.

The national electoral authority is more politically balanced than it has been in 20 years, Santos said, and balance is key to building public trust.

“The campaign was also marked by the extended use of state resources,” Santos said, and “unequal access to media outlets.”

Opposition figures had questioned the fairness of constant coverage of government candidates on state television and sales of subsidized food ahead of voting.

Santos lamented the murder of one voter in Zulia state who was killed while waiting in line and said one electoral observer and two human rights workers had suffered “aggressions” in Lara state.

More than 1,000 polling places in 23 states were visited by 136 observers, Santos said, and her team will release a final report in late January or early February.