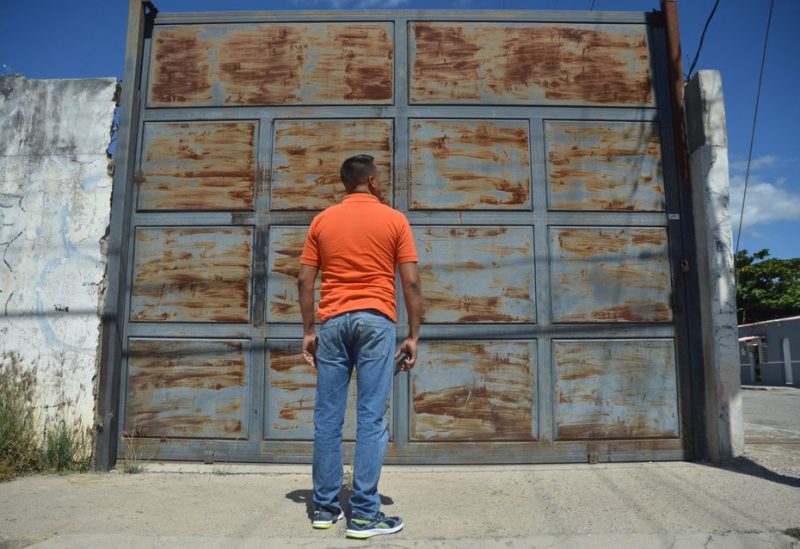 Julio Perez, 38, who had hoped to get to the U.S. to work for money to build a house for his family in Venezuela, stands in front of the gate of his old mechanical workshop, in Caracas, Venezuela December 6, 2022. REUTERS/Jesus Hernandez

Auto mechanic Julio Perez, 38, sold his car and his tools to fund the perilous trek from Venezuela to the United States.

He chose to take a flight back to Venezuela instead, much like many migrants in the two months after the United States revised its immigration policy.

On October 12, the United States amended the current Title 42 policy to include Venezuelans. Since the pandemic, this policy has been used to return migrants from Central America and elsewhere back to Mexico and other nations without giving them the opportunity to apply for asylum.

Perez, who went without eating for two of the four days trekking through the Darien jungle, says he dreams of trying again by plane, but that his means are limited.

“For now, I’m staying here, to start from scratch,” he said.

A U.S. Department of Homeland Security (DHS) spokesperson told Reuters that the number of Venezuelans who crossed the southwest border without authorization is down to around 100 a day on average from 1,100 a day the week before the Oct. 12 announcement.

Reuters spoke to nine migrants who crossed the Darien and had to return because of the policy change, including Franklin Sandoval a 22-year-old, who, like Perez, hails from Venezuela’s west-central city of El Tocuyo.

Sandoval trekked through muddy pathways and waste-high rivers, only to find out the news of the Title 42 policy after emerging.

“To be told this news was really, really awful after everything I experienced there in the jungle,” Sandoval said.

Upon receiving the news of the U.S. policy change, which has been slammed by human rights groups, Sandoval too decided to cut his losses and return to Venezuela via Panama.

Since returning, he has been unable to find work and says he suffers anxiety attacks remembering the journey.

“When you leave the Darien, you don’t laugh or cry, you’re traumatized,” he said.

The Washington Office on Latin America (WOLA), a rights group, says the move has exacerbated an existing humanitarian crisis pointing to families traveling with children and a lack of shelters.

One Mexican official told Reuters that the comprehensive deal they reached with the United States on Venezuelan asylum seekers had shown “good results” since it granted humanitarian access to thousands of them by air in addition to the expulsion provision.

The Title 42 policy is now set to end on Dec. 21 unless legal challenges delay that deadline, adding to more confusion for migrants.

Like Sandoval, Perez – who says he would never attempt to cross the Darien again – is still haunted by his journey of broken dreams.

“I don’t sleep well,” Perez said. “I keep waking up remembering what we went through there.”