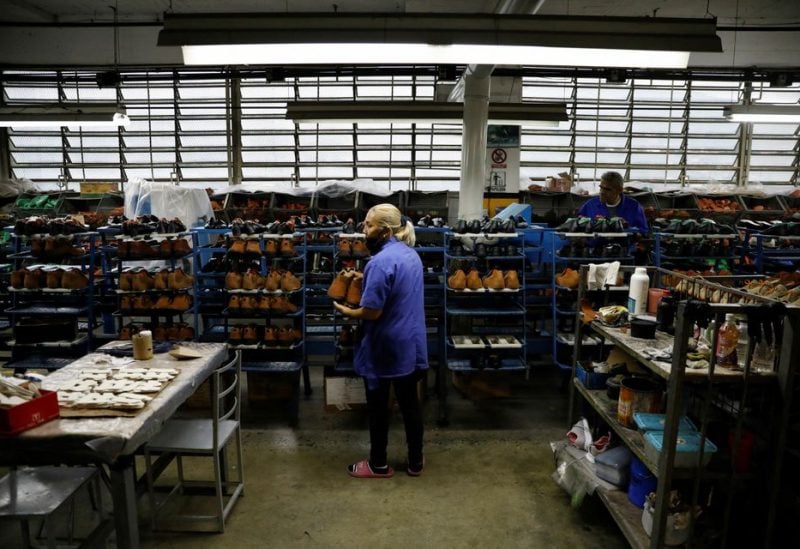 Michele Tini has kept his shoe factory in southern Caracas running for over five decades, despite years of economic turmoil, hyperinflation, and competition from smuggled goods, which have long plagued Venezuelan manufacturers.

Tini, who immigrated from Italy as a 14-year-old and immediately began working in the shoe industry alongside his father, now faces a new challenge: increased trade with Colombia.

The change opens Venezuela to more imports from its neighbor as domestic manufacturers are still struggling, though some got a boost from a de facto dollarization.

Tini’s company Full Time, one of Venezuela’s largest shoe manufacturers, is set to increase production to 20,000 pairs this year from 12,000 in 2021, but imports worry him.

For years Venezuela’s manufacturing sector grappled with controls on foreign exchange and prices which hampered output, as well as hyperinflation and a lack of financing.

Local industries “cannot compete on equal terms with Colombian products,” said Luigi Pisella, president of Conindustria, one of the top business associations representing Venezuela’s manufacturers. “Our main problem is still inflation, which we have to bring down.” Between January and August this year, the Colombian government’s DANE statistics agency valued the country’s exports to Venezuela at some $400 million while Venezuelan imports to Colombia were just $56 million. Import Genius, a company that tracks customs data, said Venezuela exports to Colombia included glass, scrap metal, cotton, plastic, fish and liquor.

Neither Venezuela’s central bank nor its statistics agency have available trade figures.

“We cannot compare ourselves with Colombia, with the advantage that they have,” said Tony Di Benedetto, vice president of the Venezuelan chamber of footwear.

For every 10 products that arrive in Venezuela from Colombia, his country exports one, Di Benedetto said.

Colombia’s government predicts cross-border trade could hit between $1 billion and $1.2 billion this year, above a previous estimate of $600 million.

Still, even the top-end projection is a long way off the $7 billion worth of trade seen between Colombia and Venezuela in 2007 and 2008.

Venezuela’s ministry of communications and information did not immediately respond to requests for comment.

Business people said there are few incentives for manufacturers, high taxes and not enough efforts to combat inflation.

“Right now there’s no support for public policies to allow the national industry to recover its competitiveness, which is essential to be able to export, to be able to go to Colombia and anywhere else in the world,” said Omar Bautista, president of the Chamber of Venezuelan Automotive Products Manufacturers.