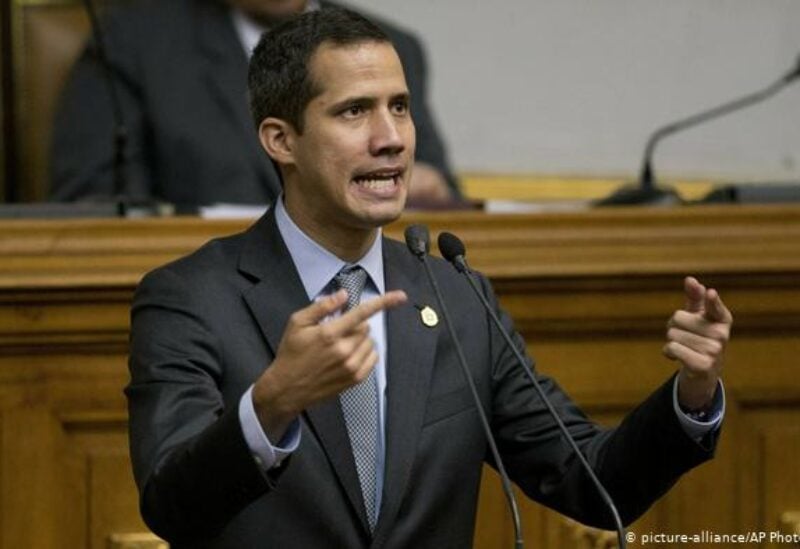 Venezuela’s opposition leader Juan Guaido on Thursday called on energy companies with joint ventures in the country to stick to democracy, amid talks over the possibility of the United States easing oil sanctions on the OPEC member nation.

Chevron Corp, the last U.S. producer operating in Venezuela, is preparing to take control of its joint ventures in the country if Washington relaxes sanctions on Caracas to boost crude supplies to the United States, which is trying to find alternative barrels after banning Russia’s oil.

Other companies including Spain’s Repsol, Italy’s Eni , India’s ONGC and France’s Maurel & Prom also are seeking to get U.S. approval to receive Venezuelan oil to settle their projects’ debts.

Proposed changes to a license that would allow Chevron to unfreeze its projects in Venezuela gained traction after a key meeting in Caracas earlier this month between U.S. officials and President Nicolas Maduro, whose government is not recognized by Washington.

But the encounter was also criticized in the U.S Congress, even by Democrats who asked President Joe Biden not to breathe new life into Maduro’s “reign of torture and murder.”

“A message to energy companies: let’s have companies amicable not only to the environment but also to democracy,” Guaido said.

The opposition leader has been recognized by the United States and other Western countries as Venezuela’s rightful leader after they called Maduro’s 2018 re-election a sham.

“I am sure Chevron and the companies that are currently leaving (Russia) will not end up changing one dictator by another,” he told journalists. “One thing is to buy oil from Maduro, and another to buy it from Venezuela.”

Resuming Venezuela’s oil supply to the United States, which remains banned since 2019, was on the table in the Caracas meeting, where other demands by both parties were presented, including releasing Americans in jail and resuming a key political dialogue in Mexico.

The U.S. officials met Guaido after attending the meeting with Maduro at the presidential palace. But Guaido’s team was only informed about the trip once the U.S. officials were in Caracas, he said.

Guaido said that lifting oil sanctions and granting licenses to companies seeking to collect on pending debt from their operations in Venezuela must be “progressive and subject to concrete achievements towards democracy.”