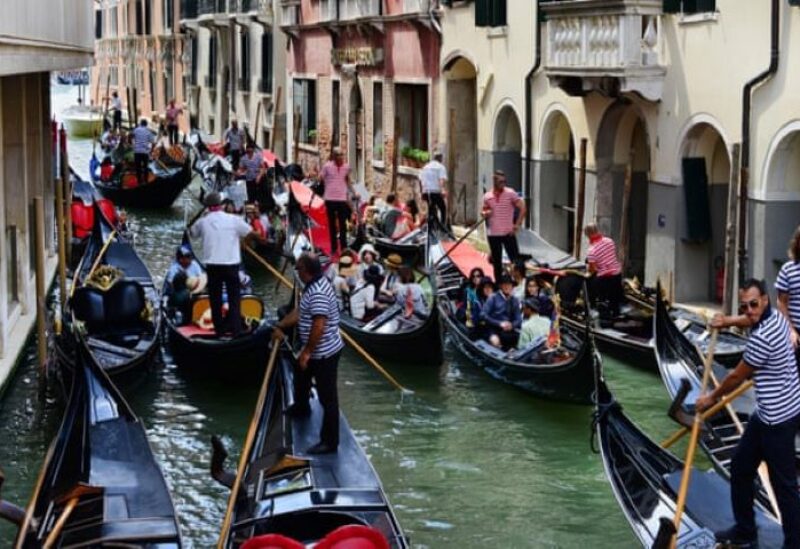 With Italy, and Venice, reopening for tourists following a sustained COVID-19 shutdown, authorities have resorted to arming guards across the city in a bid to control overcrowding and curb the spread of coronavirus.

Lines for public transport have continued to increase in the city as COVID-19 restrictions limit passenger capacity to only 80 percent, CNN reported Monday. With tensions running high between public transport workers and tourists, guards have been brought in at the request of workers, with many opting to carry firearms.

“Users take out [their frustration] on the staff … Some workers have been physically attacked. There is spitting, insulting, even punching,” Danilo Scattolin, legal representative for the Veneto region of the Sindacato Generale di Base (SGB) trade union, which represents some public transport workers, told CNN.

The increase in tourism numbers has been drastic. According to numbers cited by CNN, around 80,000 visitors are flocking to the city every day, leaving local residents outnumbered by tourists by over 50 percent.

The situation has impacted the city’s economy, with commuters stuck in lines filled with hundreds waiting for a scant number of waterbuses. Meanwhile, hospitality locations also reported problems with tourists failing to arrive on time for reservations as visitors were likewise stuck in transportation lines.

Italy still has some coronavirus measures in place to help contain the virus, with masks required on public transport and inside spaces, although it has relaxed rules regarding outdoor mask wearing.

“It’s a terrible image,” Scattolin told CNN. “Masses of people in line is unacceptable any time, but these queues are dangerous in a pandemic.”

Italy has implemented a vaccine certificate system called a Green Pass as proof that someone has received at least one COVID-19 vaccine dose, has tested negative, or recently recovered from the virus.

Authorities have adopted to pass in a bid to accelerate vaccinations in the face of the delta variant, although the move triggered protests by some Italians who say it tramples on freedoms and is an indirect way of making vaccines obligatory.

As of August 6, it is required to access gyms, swimming pools, museums, cinemas and to eat indoors at restaurants, and from September 1 it will also be mandatory for university students and to travel on trains, planes, ships and coaches.