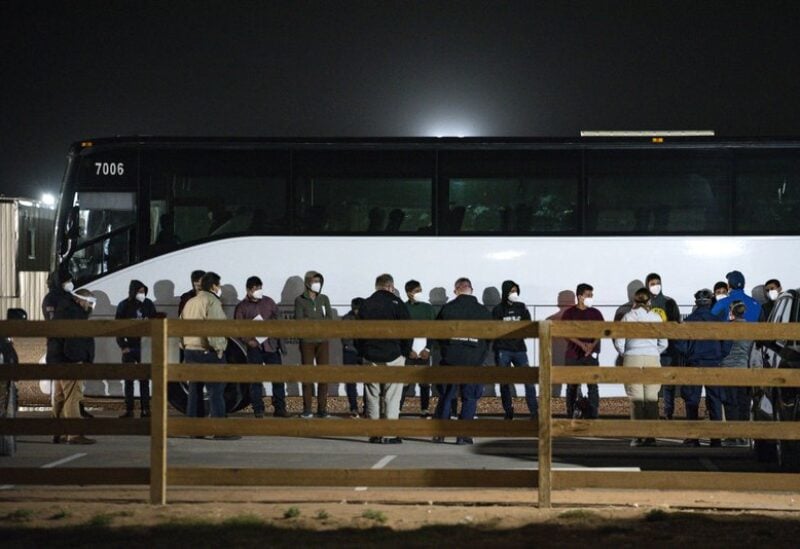 The Biden administration is responding to a wave of children crossing the southern border into the U.S. with some of the very tactics that evoked moral outrage from Democrats when former President Donald Trump embraced them. That includes accommodating children in hastily improvised lockups, spurring Republicans to argue that Democrats are now the ones throwing “kids in cages.”

The moment leaves many Democrats with few good options. There’s little appetite to condemn President Joe Biden in the same terms as Trump. Biden, after all, is pushing for a massive immigration overhaul that includes prized goals such as a pathway to citizenship for millions and has spoken of the need to treat those entering the U.S. with compassion.

But in taking a softer stance, Democrats and immigration advocates also risk being branded by the GOP as hypocrites.

“I have chosen to not allow myself to get into my feelings about how there are still these detention centers being popped up by this administration because it makes me very, very angry,” said Amanda Elise Salas, a Democratic political operative in Texas’ Rio Grande Valley who worked for Biden’s presidential campaign.

Salas said that she understands “that change comes in increments” and that Democrats don’t have enough congressional seats to make Biden’s immigration agenda an immediate reality. But she added, “It doesn’t make any sense how we aren’t looking at this in a radical way.”

Trump expanded and fortified border walls while championing “zero tolerance” policies that made it more difficult to seek U.S. asylum and briefly even separated immigrant parents and children.

Biden has used executive actions to begin rolling back much of that, but a sweeping plan he announced his first day in office to remake the immigration system has stalled in Congress. Instead, the Democratic-controlled House passed two smaller-scale bills Thursday that offer a process to obtain U.S. citizenship for immigrants brought to the country illegally as children and extend legal status to farm workers and their families.

Both initiatives won some GOP support, helping their chances in a Senate split 50-50. But Republicans have also signaled that they see continuing to hammer Biden on border issues as a winner heading into 2022′s midterm elections.

The number of immigrants being stopped at the U.S. southern border surged to nearly 100,000 in February alone. Enough of those were children without their parents that the Biden administration has reopened a Trump administration facility in remote Carrizo Springs, Texas, to house them.

Biden defenders note that what’s happening on the border now is not the same as during the Trump years. Their criticisms of the Trump administration focused on children separated from their parents and held in Border Patrol facilities featuring cells partitioned with chain-link fencing.

Further, the Biden administration continues to rapidly send back most single adults and families whom federal agents stop at the border under a public health order issued by Trump at the start of the coronavirus pandemic. It only is allowing teens and children on their own to stay — at least temporarily — which has helped cause their ranks to spike.

Still, such nuance is easily lost in the larger political fight. And Republicans, looking to hit back after Biden successfully delivered on his promised $1.9 trillion coronavirus relief package, have been quick to pounce.

“This is a human heartbreak,” California Rep. Kevin McCarthy, the top Republican in the House, said after touring a border facility in El Paso, Texas, this week. “This crisis is created by the presidential policies of this new administration.”

Texas Sen. Ted Cruz, who is organizing his own border trip, said the Biden administration, “in effect, issued an invitation for unaccompanied children to come to this country.”

Democrats counter by alleging the actual hypocrisy is among Republicans, who are now feigning concern over immigrant children after years of cheering tougher Trump policies. They say part of the surge has been caused by immigrants who were stuck at the border waiting to advance legitimate asylum claims the Trump administration failed to process.

“They’re having to pick up the pieces of a system in tatters because of Donald Trump,” former Democratic presidential candidate Julián Castro said of the Biden administration.

Department of Homeland Security Secretary Alejandro Mayorkas has bristled at suggestions that the southern border is in crisis, and White House press secretary Jen Psaki has tried to avoid using the term.

Their efforts to counter Republicans’ message has been complicated by Biden himself, however. He’s discouraged men, women and children ready to head to the U.S. border from Mexico, Central America and elsewhere, with hopes of being allowed to more easily cross onto American soil.

“Don’t leave your town or city or community,” Biden said during a recent interview with ABC, pleading for more time as his administration works toward longer-term solutions at the border.

But that request runs counter to traditional patterns, which usually see the number of immigrants increase when temperatures rise.

“The realty is that people — including women and children — are forced to migrate and have been coming seasonally,” said Marielena Hincapie, executive director of the National Immigration Law Center. “It isn’t like they started coming now because Biden got elected. They come every year around this time, when the weather pattern changes.”

Hincapie applauded the Biden administration’s use of Federal Emergency Management Agency officials to manage the influx of immigrants in more humane and healthy ways. But for Salas, Biden’s comments reflected a misunderstanding of life on the U.S.-Mexico border that encompasses most members of both parties.

“We’re not focused on the right things,” she said.

Indeed, the Biden administration has admitted struggling with sending mixed messages to immigrants.

“It is difficult at times to convey both hope in the future and the danger that is now,” Roberta Jacobson, the Biden administration’s coordinator for the southern border, said during a White House press briefing last week.

“We are trying to convey to everybody in the region that we will have legal processes for people in the future, and we’re standing those up as soon as we can,” Jacobson added. “But at the same time, you cannot come through irregular means … The majority of people will be sent out of the United States.”

Amid intensifying Republican criticism, meanwhile, Biden has mostly avoided attacks from his party’s progressive wing. One of its top public faces, New York Rep. Alexandria Ocasio-Cortez, tweeted of reopening the Trump-era facility in Carrizo Springs, “This is not okay, never has been okay, never will be okay — no matter the administration or party.”

But she also added that “our fraught, unjust immigration system will not transform” overnight.

Advocates who have championed Biden’s larger immigration reform proposal also have largely refrained from criticizing the president for failing to get it passed. Instead, many are heartened the smaller reforms advancing.

“There’s not just one lever that you should push on, or an all-or-nothing legislative approach,” said Peter Boogaard, a spokesperson for FWD.us, which advocates for immigrant rights. “And that doesn’t mean that you don’t need to continue to advocate for the broader approach.”