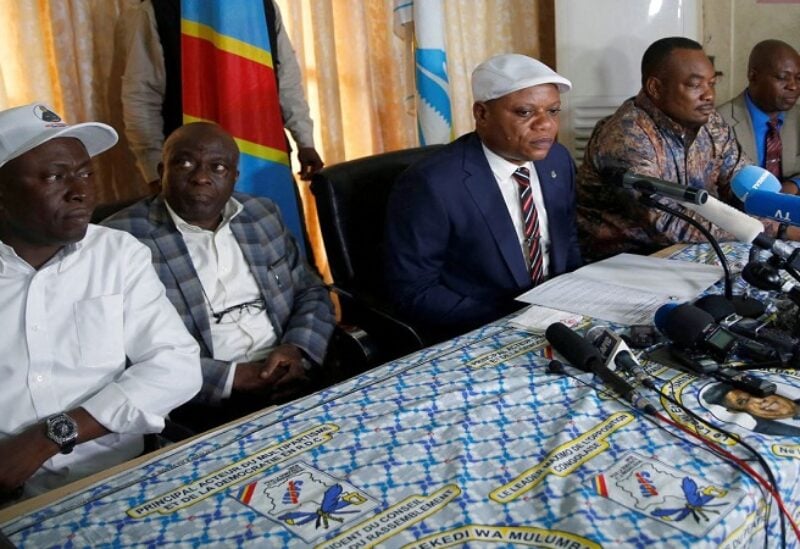 The vice president of Democratic Republic of Congo’s parliament Jean-Marc Kabund resigned on Friday over what he described as bullying, humiliation and torture.

Spokespersons for the government and the Guard, an arm of the military, could not be reached for comment.

A leading figure behind Tshisekedi’s rise to power, Kabund’s decision to quit highlights emerging fault-lines in the country’s leadership, and could spell uncertainty for the future of the ruling Sacred Union coalition ahead of the 2023 presidential election, political analysts said.

CCTV footage shared by Kabund’s family showed half a dozen armed men in army fatigues and maroon berets entering the garden of his home at around 19:30 on Wednesday evening. They removed one man from the property, kicking and hitting him as they left.

Subsequent videos on social media appeared to show the house had been ransacked, with furniture upturned and possessions scattered across the floor. Reuters could not authenticate the videos.

“Today I take the decision to resign from my position as first vice president of the national assembly,” Kabund wrote on Twitter, without elaborating.

“Thus begins a new page of history, which will be written with the sweat of our brow, which will flow every day that we face bullying, humiliation and torture.”

The raid came a day after a video surfaced on social media showing police tasked with Kabund’s protection wrestling a rifle off a member of the Republican Guard who was sat in a car in traffic. It’s not clear how the confrontation began.

“Everything will now depend on the follow-up,” said Tresor Kibangula, a political analyst at New York University’s Congo Research Group. “Will he leave the (President’s party)? Will he be able to recruit or constitute a core of followers within the Sacred Union? Nothing is certain.”