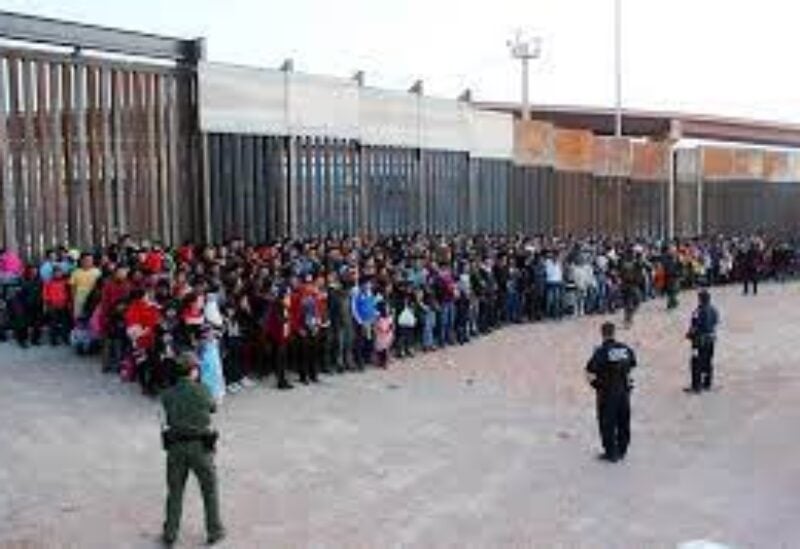 US President Joe Biden administration allowed journalists to enter detention facilities for refugee children, on the outskirts of the US state of Texas with Mexico.

The footage showed tents crowded with more than 4,000 people, including children and families, according to a report by the American Associated Press.

Biden is under constant pressure to reveal details of the measures that will be taken against refugees, after thousands of children and families arrived at the US-Mexico border.

The US Customs and Border Protection Administration allowed journalists from several media outlets to tour the “Donna” facility in Texas, where more than 4,100 people are housed in an area that is supposed to suffice only 250 people.

Biden refused to resume the measures taken by his predecessor, Trump, to expel unaccompanied migrant children.

Several hundred children and teenagers cross the US border every day, most fleeing violence, poverty or the effects of natural disasters in Central America.

In some cases, parents have refused to enter the United States and have sent their children across the border on their own, hoping that they will eventually be placed with their relatives.

It is noteworthy that the former US President, Donald Trump, had returned to the limelight again, through the file of migrants stranded at the US-Mexico border.

A former Trump aide, Jason Miller, said last week that the former president was “really concerned” about the immigrant situation on the US-Mexico border, and may plan to visit the region, according to Fox News.

Miller criticized the US Vice President, Kamala Harris, regarding immigration policies, at a time when the United States is witnessing an increase in the number of immigrants trying to enter the US.