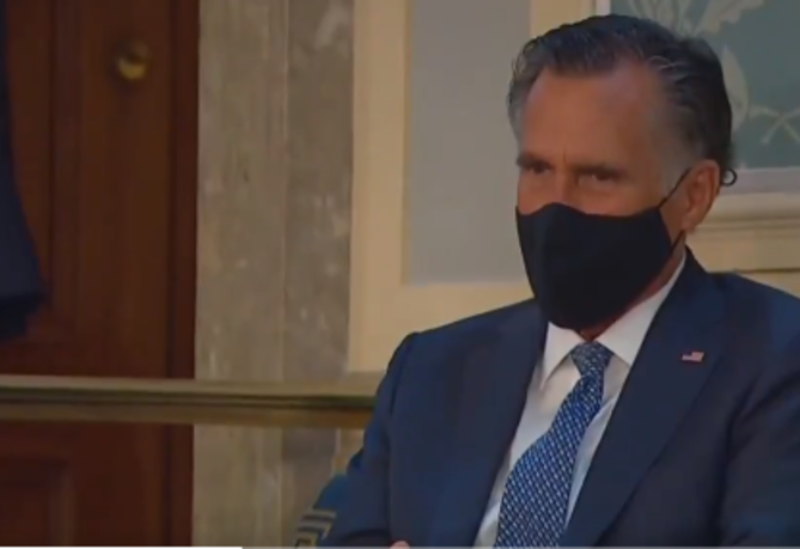 Republican Senator Mitt Romney did not applaud when US President Joe Biden spoke about his plan to tax rich Americans and raise the minimum wage.

The British newspaper ” The Independent”  said that the Senator from Utah refused to stand and applaud when Biden touched on the issue in his speech to Congress marking the 100th anniversary of his tenure.

Romney owns $ 250 million worth through his career in the private equity firm Bain Capital, according to the British newspaper.

“It is time for American companies and the richest 1% of Americans to start paying their fair share,” the Democratic president said in the speech.

The camera showed Romney seated as lawmakers around him praised the plan and were applauding.

Lauren Boebert is not having fun pic.twitter.com/wWfvaC12Dk

Romney seemed equally unimpressed when Biden renewed his call for a minimum wage of $ 15 an hour.

The president called on Congress to pass a law to raise the minimum wage to $ 15. He pointed out that no one who works 40 hours a week should live below the poverty line.

Biden said that it was the middle class that built America, not Wall Street, stressing that the economic philosophy that benefits only the wealthy has never been successful and that major companies pay their reasonable share of taxes.