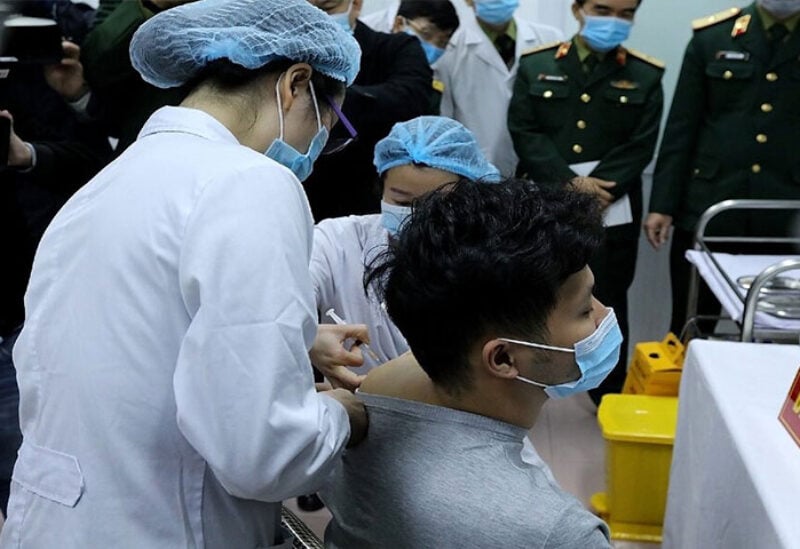 Vietnam is seeking to secure the 150 million doses of vaccine needed to cover its adult population, and it asked on Friday diplomats of several countries for help to access alternative sources for Covid-19 inoculations .

Vietnam has received about 930,000 doses of AstraZeneca’s vaccine so far and wants to diversify its procurement from more sources, including Pfizer, Johnson & Johnson , Moderna, China’s Sinovac and Russia’s vaccine, Sputnik V.

Health Minister Nguyen Thanh Long met ambassadors on Friday and asked Japan’s embassy for help with technology transfer for vaccine production and testing in Vietnam, the ministry said in a statement.

Long also asked the US ambassador for help with accelerating domestic inoculations and getting access to vaccines from US drugmakers. He told EU representatives he hoped European pharmaceutical firms would consider more investment in Vietnam.

Long on Wednesday met with Chinese, Indian and Russian diplomats to discuss vaccines.

Vietnam has been praised for its record in containing its coronavirus outbreaks through mass testing and tracing and strict quarantining, which has kept its cases to just 2,617, with 35 deaths.

It aims to immunize 70 percent of its population and has so far inoculated 51,200 people. The request for help come as some countries express concern about vaccine shortages.

Four Vietnamese companies are engaged in vaccine research and production and two are at the human trial stage.

Its first home-grown vaccine called Nanocovax is expected to be put into use in 2022.

With vaccinations underway in many parts of the world, flag carrier Vietnam Airlines and budget airline Vietjet Air have resumed some outbound flights.

However, inbound flights remain suspended other than those carrying foreigners with special permission, or returning Vietnamese nationals.

A proposal by aviation authorities to allow vaccinated foreigners into the country from September without quarantine is pending government approval.