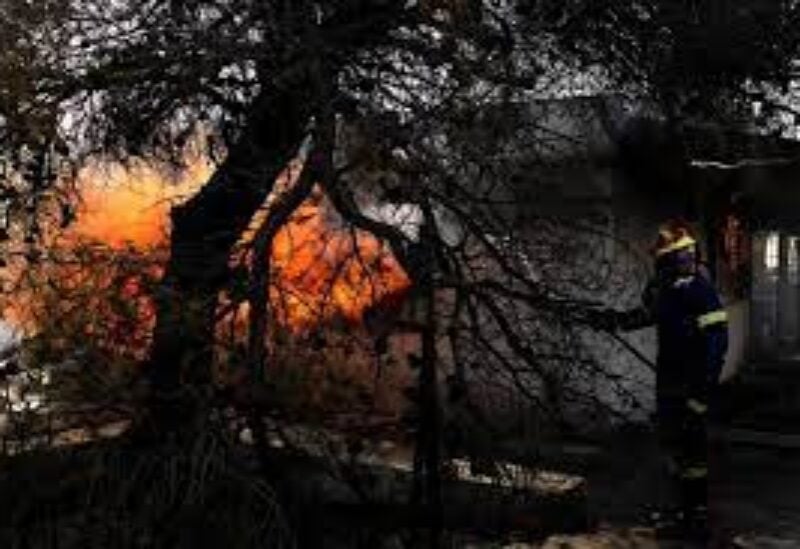 People were evacuated from two villages west of Athens on Monday as firefighters battled a new blaze in a forested area that was devastated by flames last week.

Authorities ordered the protective clearance of the villages of Vilia and Profitis Ιlias, about 50 km (30 miles) from the Greek capital, as strong winds fanned the blaze. There were no immediate reports of injuries.

More than 500 wildfires have broken out across Greece since the beginning of August, ravaging swathes of forest and forcing the evacuation of thousands of people.

The biggest one, on the island of Evia near Athens, burned for days before it was contained.

Greece, Turkey, Tunisia and other countries across the Mediterranean region have seen some of their highest temperatures in decades this summer.

A total of 85 firefighters, 13 helicopters and eight water bombing planes were sent in to contain the wildfire west of Athens on Monday, a fire brigade official said.

More than 9,000 hectares of thick pine forest were burned in the same area last week.