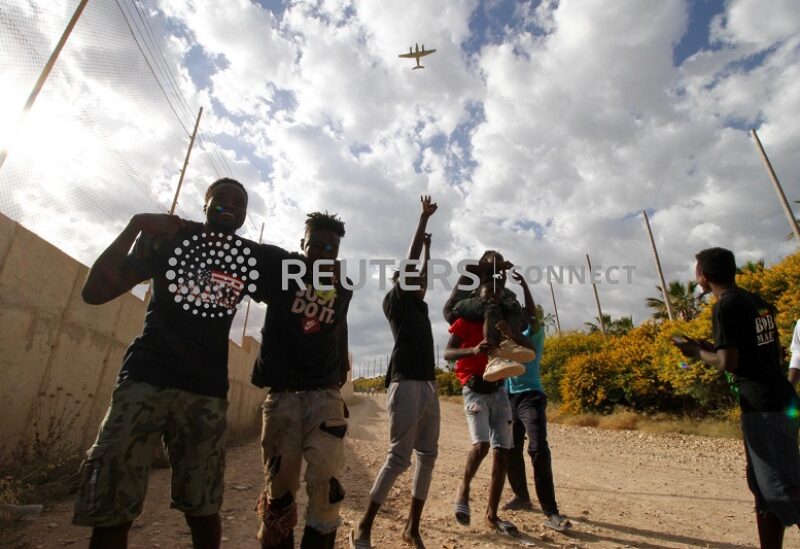 A group of migrants make their way to the Temporary Immigration Center (CETI) as they celebrate crossing the Melilla fence.

18 Africans died during a mass attempt to enter Spain’s Melilla, after a violent skirmish between border police and migrants.
According to an update from Moroccan authorities, approximately 2,000 migrants stormed a high fence that seals off the enclave.
Melilla has become a magnet for mostly sub-Saharan migrants trying to get into Europe as it is located also on Africa’s northern coast.
Celebrating entering Melilla and the firing of what appeared to be tear gas by the authorities, social media footage showed large groups of African youths walking along roads around the border.
Paying tribute to officers on both sides of the border for fighting off “a well-organised, violent assault”, Spanish Prime Minister Pedro Sanchez suggested it was organised by “human trafficking mafias”.
Ever since Spanish and Moroccan forces resumed joint patrols, there has been an “intense crackdown” on migrants to reinforce security measures in the area around the enclave.
Following more pro-Rabat stance over Western Sahara, migrant entries into the two enclaves had more than trebled but this was first significant incursion since then.
Taking advantage of the apparent lifting of a security net on the Moroccan side of the border, 8,000 people swam into Ceuta or clambered over its fence over a couple of days in 2021, following a bilateral diplomatic spat.