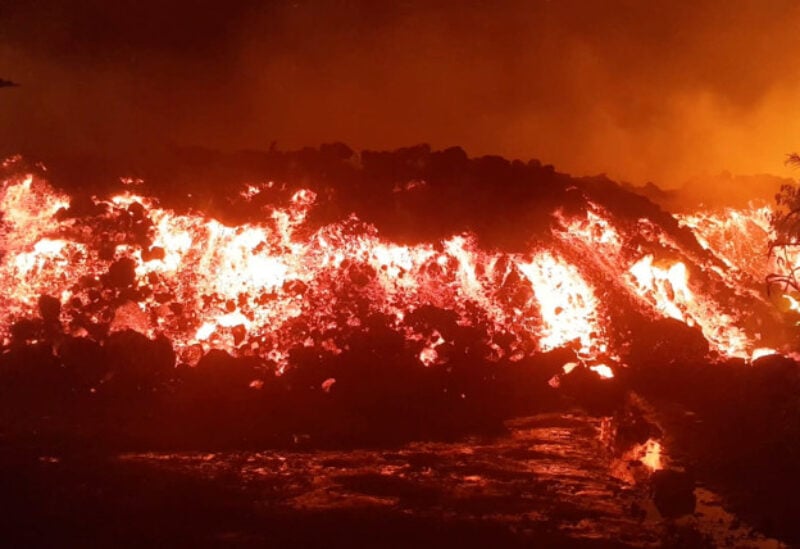 A volcanic eruption in eastern Congo left a smoking trail of destruction half a mile wide on Sunday that buried hundreds of houses and left residents searching for missing loved ones, before halting just short of the city of Goma.

Goma was thrown into panic on Saturday evening as Mount Nyiragongo, one of the world’s most active and dangerous volcanoes, erupted, turning the night sky an eerie red and sending a wall of orange lava downhill towards the lakeside city of about 2 million people.

Fifteen were killed, including nine in a traffic accident as residents fled, four who tried to escape Munzenze prison in Goma and two who were burned to death, government spokesman Patrick Muyaya said in a statement.

That figure will likely rise considerably. A Reuters reporter saw two people killed by the initial eruption in a village north of Goma, and witnesses spoke of dead and missing relatives.

Haunted by memories of an eruption in 2002 that killed 250 people and left 120,000 homeless, residents fled on foot with their belongings, some towards the nearby border with Rwanda.

The International Federation of Red Cross said that between 3,000 and 5,000 fled into Rwanda on Saturday, many of them peasants and farmers with livestock. Some began returning on Sunday.

The eruption was caused when fractures opened in the volcano’s side, causing lava flows in various directions.

As the sun rose on Sunday a smouldering black gash about half a mile wide could be seen on the outskirts of Goma, where the lava had cooled to rubble.

At some points it was three storeys high, engulfing even large buildings and sending smoke into the grey morning sky.

Residents in the Buhene district sorted through the mangled white remains of tin roofs or lifted rocks – tiny individual efforts in what will likely be a months-long campaign to restore the zone.

Elsewhere, groups of people posed for photos on the steaming lava.

In all, seventeen villages were hit, Muyaya said, and three health centres, a primary school and a water pipeline were destroyed.

Lava crossed a main road running north from Goma, severing a key aid and supply route, and the city’s principle supply of electricity, delivered along a line run by the Congolese Water and Electricity Distribution Company, was cut.