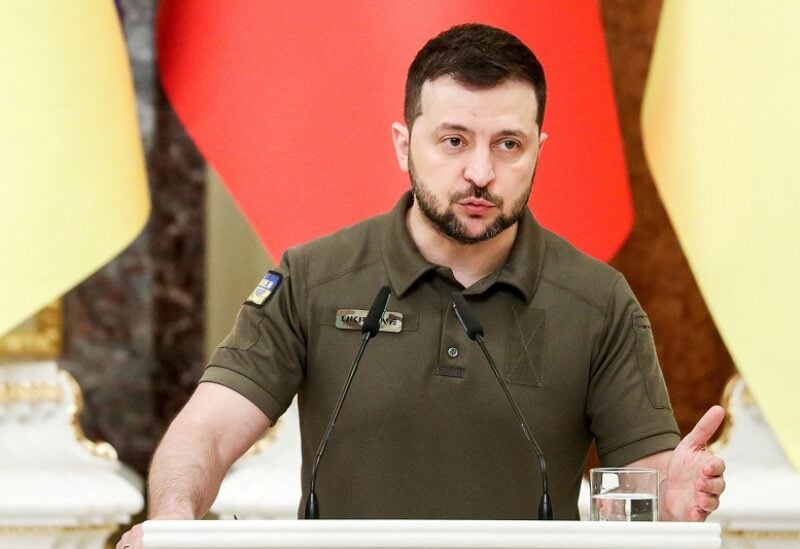 Ukrainian president, Volodymyr Zelensky, instructed government representatives to stop discussing Kyiv’s military strategies against Russia with reporters, branding the practice as “frankly irresponsible,” and warned his troops about divulging information to the press.

“War is definitely not the time for vanity and loud statements,” he said during an evening address, adding “The fewer details you divulge about our defence plans, the better it will be for the implementation of those defence plans.”
As per Reuters, the warning is tied to some remarks that “anonymous” officials made following the most recent explosion at a Crimean air base.
While the Ukrainian government has remained mum regarding who was responsible for the blasts, reports in the New York Times and Washington Post newspapers that quoted “unidentified claimed that Ukrainian forces were to blame for Tuesday’s explosions that damaged a Russian air base in Crimea.
Zelensky addressed his statements to government, local, and military representatives, as well as other individuals who he claimed, were speculating on what was happening at the front.

“If you want to generate loud headlines, that’s one thing – it’s frankly irresponsible. If you want victory for Ukraine, that is another thing, and you should be aware of your responsibility for every word you say about our state’s plans for defence or counter attacks.”

Security agencies have launched an investigation into one of the instances where officials have spoken to reporters, according to deputy defence minister Hanna Malyar.

She claimed on Facebook that “A leak like this disrupts the plans of the Ukrainian armed forces since the enemy adjusts its actions and uses this information against us.”

Russia has steadfastly maintained that there was no attack on the air base, that the explosion was caused by an ammunition blast, which had no fatalities, and that no equipment had been damaged.

However, Planet Labs, a US-based firm, has produced satellite photos that show otherwise. Images of Saky air base show substantial burnt ground that was left over from fires that started after the explosions.

Images show many clearly visible craters and at least eight planes that appear to have been damaged or destroyed.