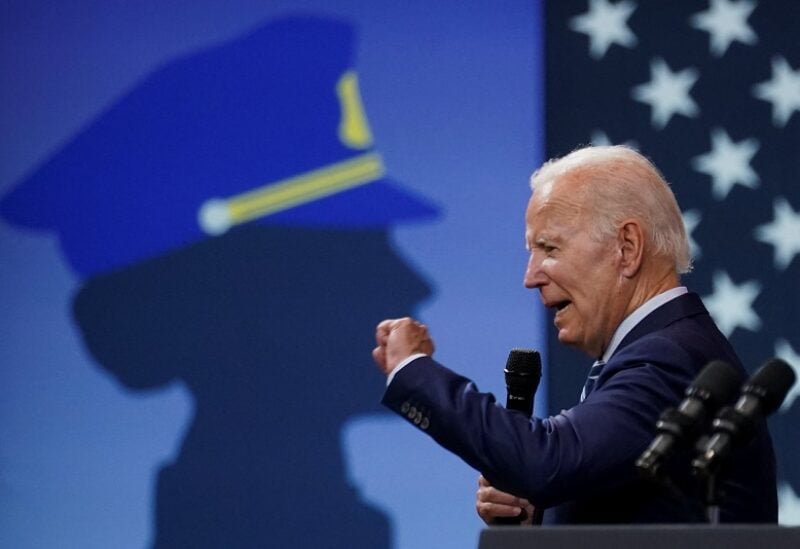 The Republican Party would no longer write a “blank check” to Ukraine, warned Kevin McCarthy, who could soon be second in line to the White House.
If the Republicans win either chamber of Congress in the November 8 elections, President Joe Biden’s foreign policy team would face a grueling two years, although any sharp shift in US support for Ukraine looks unlikely.
Republican lawmakers have already made clear they would make full use of their congressional oversight role to scrutinize the Biden administration on topics from immigration to last year’s chaotic withdrawal from Afghanistan.
But Ukraine could test the united front among Republicans, just as they start gearing up for 2024 presidential elections.
Donald Trump broke with the US mainstream by voicing admiration for Russian leader Vladimir Putin, with the former US president’s first impeachment triggered by his hold-up of military aid for Ukraine.
Some Trump-inspired Republicans have attacked US assistance to Ukraine, which includes $40 billion approved in May on bipartisan lines and a Biden request for another $11.2 billion.
One of the loudest voices has been far-right Representative Marjorie Taylor Greene, who has accused Biden of sending “hard-earned US tax dollars” to help another country “fight a war they cannot possibly win.”
But Mitch McConnell, the top Senate Republican, has vowed to go beyond Biden and “expedite” weapons including those with a longer range, and Mike Pence, who was Trump’s vice president, recently took direct aim at critics of arming Ukraine.
“There can be no room in the conservative movement for apologists for Putin. There is only room in this movement for champions of freedom,” Pence said.
Colin Dueck, a senior fellow at the American Enterprise Institute who has written on conservatives’ foreign policy, saw the comments by McCarthy, the top House Republican, as an effort to accommodate a minority view on Ukraine.
A new survey by the Chicago Council on Global Affairs found widespread US support for Ukraine, with two-thirds of Republicans agreeing on the need to send weapons.
“There’s this perception that the average kind of heartland Republican is against this and that is not true,” Dueck said.
“I’m not sure it would be safe to predict that a House Republican majority is going to turn against Ukraine,” he said.
For Republicans, “anything that’s perceived by voters as a personal attack on Trump is taken as a kind of third rail, but on policy issues people feel free to disagree.”
Biden’s Democratic Party has seen near unanimity for arming Ukraine but some 30 left-wing members on Monday also urged direct diplomacy with Russia to end the war, including on security arrangements acceptable to both sides.
One international issue where Republicans have fiercely criticized Biden has been his effort to restore the Iran nuclear deal, but prospects were already slim even before major protests broke out in September against the nation’s clerical leaders.
On China, the two parties have largely been on the same page — in outlook if not tone — on seeing the rising Asian power as the primary long-range challenger of the United States.
When tensions soared with China in August over Taiwan, it was because House Speaker Nancy Pelosi — a Democrat — paid a defiant visit to support the self-governing democracy.
Individual lawmakers could make life much more difficult for the Biden administration.
When Barack Obama was president, Republicans relentlessly questioned his secretary of state Hillary Clinton over the 2012 attack on the US diplomatic facilities in Benghazi, Libya, that killed four Americans, including the ambassador.
One of the fiercest pursuers of Clinton was Mike Pompeo, then a little-known congressman who was tapped by Trump as CIA director and then secretary of state.
Brian Katulis, vice president of policy at the Middle East Institute and co-editor of “The Liberal Patriot” journal, said the Republicans could use hearings to lead the charge on issues dear to their base, such as speculation over the laptop of Biden’s son Hunter.
On Benghazi, the Obama team “actually engaged in the drip, drip, drip and sat through all the hearings.”
“If they fight it, it does present an opportunity cost for advancing a proactive agenda,” he said of the Biden administration.
But Katulis said it was difficult to predict which direction the Republicans would take their foreign policy, saying its members have been “all over the map.”
“On a number of issues including national security, the GOP could change its party symbol from the elephant to the chameleon.”