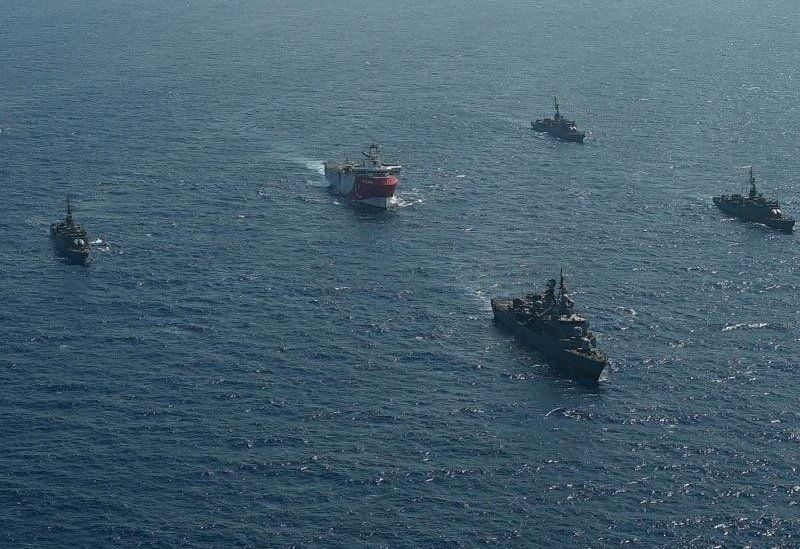 Greek media said that the armed forces are monitoring the “Blue Nation Maneuvers” that Turkey will conduct, pointing out that “some warships have received orders to leave the Salamis naval base to monitor the situation

The Greek newspaper “Pentapostagma”, confirmed that: The nuclear-powered aircraft carrier “Charles de Gaulle”, a pioneer in the French Navy, is expected to sail in early March with more than 20 Rafale warplanes for joint training, on the dates of the Blue homeland maneuvers. As these exercises are being held from the island of Crete, with the participation of fighter jets and ships of the Greek Navy.

Relations between Turkey and Greece are experiencing tense developments due to the Blue Nation Maneuvers2021, and Greek media responded to those exercises by saying that the Turkish Navy sent warships to the training area.

Besides, the newspaper pointed out that “Turkey lags far behind our country in (the aviation industry), which is very important through the use of appropriate ammunition such as long-range air-to-surface missiles, we will have the opportunity to attack the entire Turkish territory and of course, to strike its strategic targets.”

In turn, the Turkish pro-government newspaper “Milliyet” said that the Greek media tried to provoke, with claims that were exaggerated about what the situation might be in the coming period.

The Turkish newspaper confirmed that “the Turkish maneuver will be held in three main points, which are the Gulf of Syros, near the port of Aksaz in the southeastern part of the Aegean Sea, and in the territorial waters of the Republic of Northern Cyprus (not internationally recognized), and that the exercises that will be held in the Sea of Islands and The Mediterranean will end on March 7, 2021 ”.

It is noteworthy that talk of an imminent war between Greece and Turkey made headlines in the Greek media over the past two days, as some newspapers indicated that Greece has the appropriate opportunity to strike the entire Turkish territory and achieve strategic goals. The differences between Athens and Ankara began in the fall of last year, after the Turkish government started exploration for gas in the eastern Mediterranean, in a disputed area between Greece and Turkey, as Ankara considers that the current crisis is a bilateral crisis for both countries and resolves between them, referring to its rejection for any European intervention and entering into talks with Greece under European auspices.