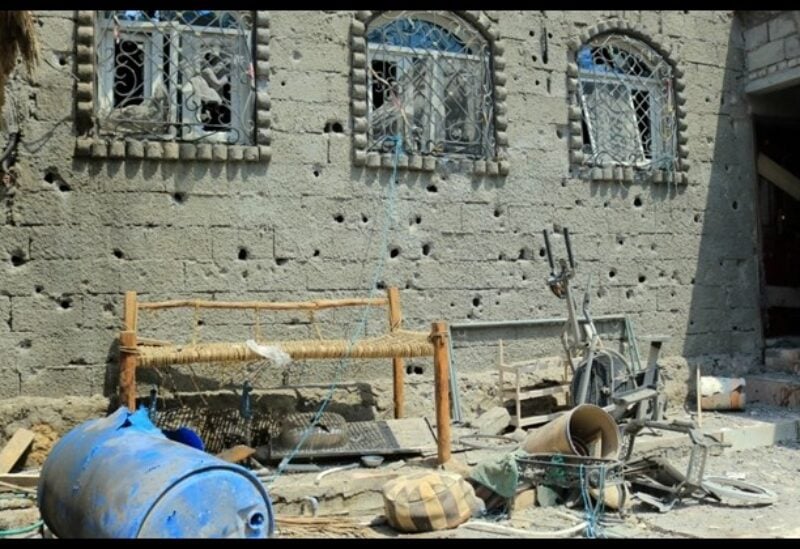 DUBAI: The war in Yemen is turning the impoverished country into an “unviable state” that will be almost beyond repair, a top UN official warned ahead of a donor conference aimed at averting a famine.

Tens of thousands of people have been killed and millions have gone hungry in the six-year conflict, in what the United Nations describes as the world’s worst humanitarian crisis.

Schools, factories, hospitals and businesses have been destroyed or shuttered, depriving hundreds of thousands of their livelihoods. Countless children have been denied an education and some have been recruited to fight.

With so much damage to its infrastructure, Yemen is now witnessing “the worst development crisis in the world”, Auke Lootsma, the United Nations Development Programme’s country director, told AFP in an interview.

“Yemen has lost more than two decades of development progress… and is definitely one of the poorest, if not the poorest country in the world at the moment, given the negative development indicators that we see,” he said Sunday.

“If you continue like this, Yemen as a country will be very difficult to rebuild. If more assets get destroyed and people become poorer and poorer, then it will become almost like an unviable state.”

The long years of conflict between forces loyal to the internationally recognised government, supported by Saudi Arabia, and the Iran-backed Huthi rebels, who have seized much of the north, have left the country on the brink of total destruction.

“The war has to stop now. Yemenis have suffered enough,” said Lootsma, urging donors to rapidly provide financial aid at Monday’s conference hosted by the UN, Switzerland and Sweden.

The country has been relying on aid to feed its population of 29 million, but with funding dropping sharply amid the coronavirus-induced global recession, many UN-supported programmes have closed their doors, heaping more hardship on ordinary people.

On Monday, the UN hopes to raise $3.85 billion from donor nations. Last year it received just $1.9 billion — about half of what was required.

“The international community should rally around Yemen and come forward with a great number of pledges that will help us to prevent a widespread famine” in the country, Lootsma said.

The UN official said that in 2020, the UNDP had to prioritise its programmes and scale down the number of people who normally benefit.

“It is important to understand that the famine in Yemen is very much an income famine, so it’s not necessarily a situation whereby food is not available,” he said.

“But Yemenis are not really able to afford a minimum food basket or a minimum food supply in the household that will give them enough nutrition to survive the day.”

According to the latest UN data, more than 16 million Yemenis will face hunger this year, and nearly 50,000 are already starving in famine-like conditions.

It warned that 400,000 Yemeni children under the age of five could die from acute malnutrition.

“The UN cannot feed everyone in Yemen. Therefore, we also must make sure that people continue to have livelihoods,” Lootsma said.