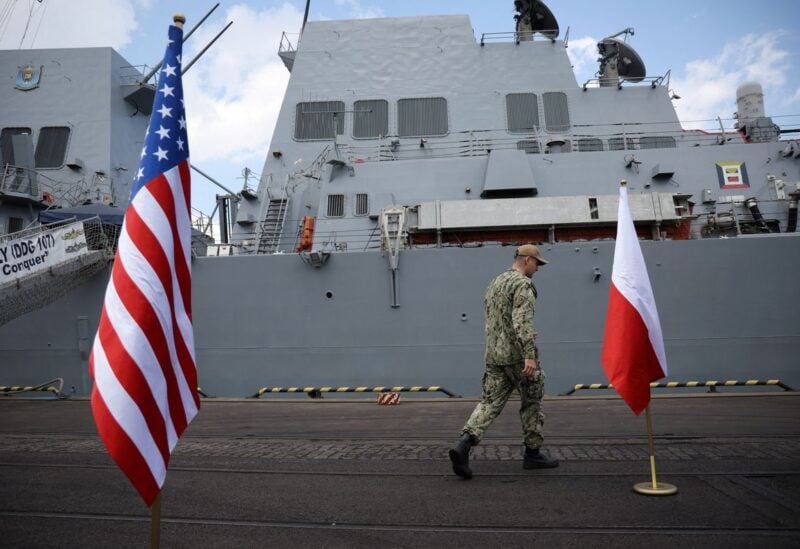 A U.S. Marine walks between U.S. and Polish flag before conference in front of U.S. Navy's warship USS Gravely which docked in the Baltic sea port city of Gdynia in what was described by officials as a show of support for the country as war rages in neighboring Ukraine, Poland June 7, 2022. REUTERS/Kacper Pempel/Files

Poland hailed U.S. President Joe Biden on Wednesday for pledging to locate the 5th Army’s headquarters there, describing it as the realization of a lifelong goal that would send a strong message to Russia.

Earlier on Wednesday, Biden stated at a NATO conference in Madrid that the United States was altering its force posture in Europe to address potential new threats from Russia in the wake of its invasion of Ukraine.

Since Russia annexed Ukraine’s Crimea region in 2014, Poland has viewed an increase in NATO troops on the Western alliance’s eastern flank as vital to ensure central Europe’s security in the face of increased Russian assertiveness and has long sought a permanent U.S. military base on its soil.

“It is a success which comes from long and consistent negotiations on this matter and, at the same time, a very clear sign that the Americans intend to increase, not decrease, their presence in Poland,” Jakub Kumoch, the Polish president’s foreign policy advisor, told Reuters.

“Something that seemed impossible to many is becoming a fact today,” Deputy Foreign Minister Marcin Przydacz wrote on Twitter.

“We have a PERMANENT U.S. presence in Poland… It is also a clear signal to Moscow.”

In 2018, Poland, which borders Ukraine and close Russian ally Belarus, proposed naming a military base in honour of then U.S. president Donald Trump, in return for him establishing permanent presence there.

“Fort Trump” did not however materialise during Trump’s time in office.