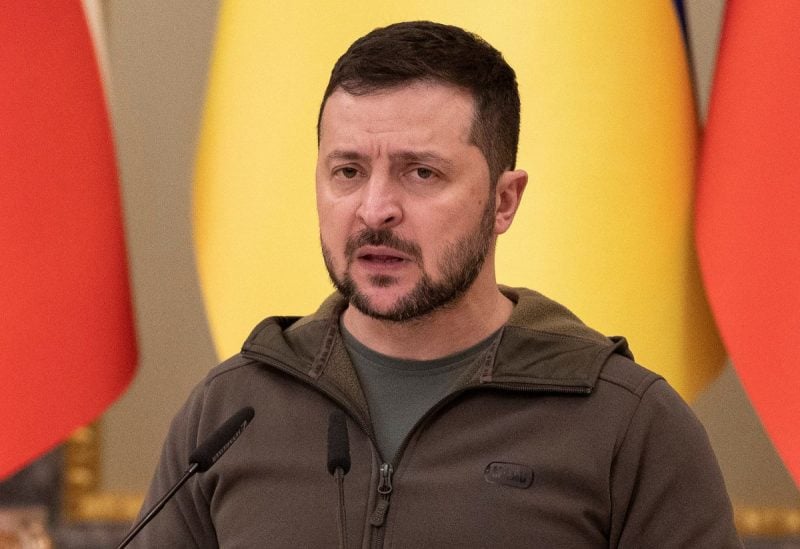 Volodymyr Zelenskiy, the president of Ukraine, has frequently astounded the world with his forays into combat, but his trip to Washington to beg for military aid has brought about the biggest shock in the decade since Russia invaded his nation.

Early on Wednesday, Zelenskiy posted on his Twitter account, “On my way to the United States to improve Ukraine’s resilience and defense capabilities.”

In order to protest Russia’s unrelenting attacks on energy targets, which have left millions of Ukrainians without heat and light in the heart of the country’s winter, he is scheduled to meet with President Joe Biden and travel to Congress.

President since 2019, Zelenskiy has made it a point of his leadership to stay in his battered country, close to the people and soldiers fighting in a war that Ukraine and its allies call an unprovoked Russian aggression.

“The fight is here,” Zelenskiy said in response to a U.S. offer to evacuate him from Kyiv when the war broke out, the Ukrainian embassy in Britain said at the time.

Russia calls its invasion in Ukraine a “special military operation” to denazify and demilitarize its neighbor.

Since its forces rolled across the border, Zelenskiy has since addressed tens of parliaments, institutions, non-profit organizations via video links and has held countless calls with world leaders but has not made any known foreign trip since attending a Munich Security Conference on Feb. 19.

Olena Zelenska, his wife, visited Washington in July to speak to Congress, and she and his aides and ministers have traveled to several other countries to advocate for Ukraine.

On Tuesday, Zelenskiy had made a surprise visit to the eastern front-line city of Bakhmut, a site of some of the fiercest fighting in the war, his office said, where, dressed in trademark combat khaki, he handed out medals to soldiers.

In contrast, his Russian counterpart, President Vladimir Putin, has spent much of his time inside the halls of the Kremlin.

On Tuesday in the Kremlin, Putin awarded medals to the Russian-appointed leaders of four regions of Ukraine that Russia has claimed to have annexed since invading its neighbor, which Kyiv and its allies call an illegal grab of land.

Zelenskiy has vowed to liberate his country by whatever means.

On Tuesday, he reiterated that.

“We will do everything possible and impossible, expected and unexpected, so that our heroes have everything they need to win,” Zelenskiy said in his nightly video address. “For the results that all Ukrainians expect.”