Watch: UK PM Rishi Sunak rushed out by his aides at COP27 meet 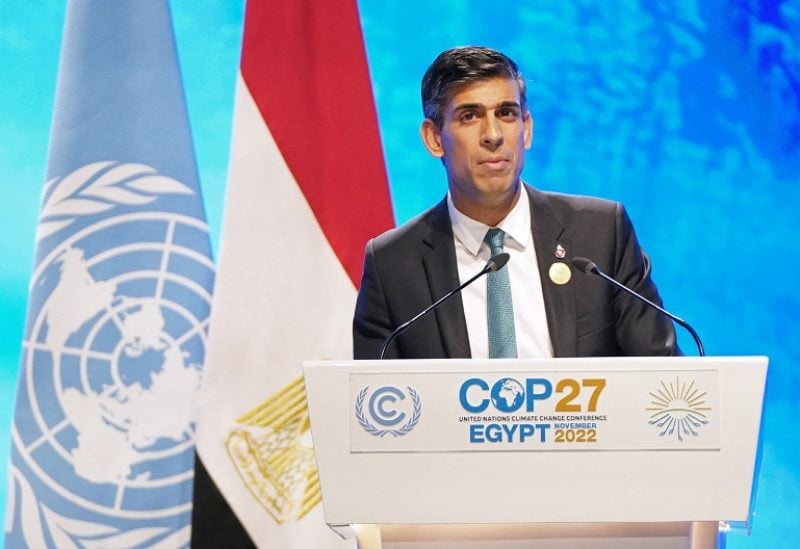 Leaving many attendees perplexed at the strange turn of events, British Prime Minister Rishi Sunak was abruptly pulled out of an ongoing COP27 summit session by his aides in Egypt’s Sharm El-Sheikh city.
A video of the incident was shared on Twitter, showing Sunak being rushed out of the event by his aides. The clip was shared by the director of UK-based website Carbon Brief, Leo Hickman.

“UK prime minister Rishi Sunak has just been rushed out of the room by his aides during the middle of the launch for forests partnership at COP27,” he tweeted.
In the clip, it was seen that when Sunak was about to give a speech, his aide came running onto the stage and “whispered for more than a minute”, Hickman said. But the UK PM did not leave the stage.
When another aide came up to him and urged the UK leader to pay their heed, Sunak got out of the chair and left the room.

“About 2 mins before he left an aide came onto the stage and was whispering in his ear for more than a minute…there was a discussion going on about, it seems, whether to leave at that moment. But Sunak stayed but another aide made the decision to go back to him and urge him to leave,” Hickman further tweeted.
It was unclear as to what transpired at the meeting until the political editor at The Sun, Harry Cole, revelated in his Twitter post, citing Downing Street sources, said that the incident was a minor issue relating to a late meeting with Germans and South Africans.

“Downing Street sources insist this was no biggie but a late decision to meet with Germans and South Africans. Despite the imagery…,” Cole said.

UK prime minister @RishiSunak has just been rushed out of the room by his aides during the middle of the launch for forests partnership at #COP27 pic.twitter.com/OQy9TYkqpX