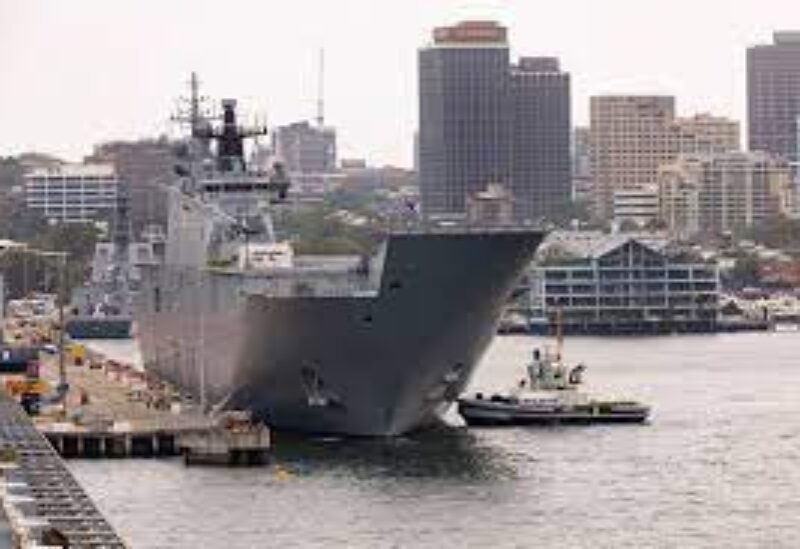 Two New Zealand naval ships will arrive in Tonga on Friday with essential water supplies for the Pacific island nation, which has been virtually sealed off from the outside world due to a volcano eruption and tsunami.

Hundreds of homes on Tonga’s smaller outer islands have been devastated, with at least three people killed, after Saturday’s massive eruption unleashed tsunami waves that washed over the 105,000-person-strong islands.

Because Tonga’s airport has been buried by volcanic ash and communications have been impeded by the loss of an underwater cable, information on the extent of the disaster has come mostly from reconnaissance planes.

The Red Cross claimed its experts in Tonga confirmed that salt water from the tsunami and volcanic ash were poisoning tens of thousands of people’s drinking water.

“Securing access to safe drinking water is a key urgent priority… since illnesses such as cholera and diarrhoea are on the rise,” said Katie Greenwood of the International Federation of Red Cross and Red Crescent Societies.

Tonga, one of the only nations free of the new coronavirus, has consented to accept two of New Zealand’s ships, the Aotearoa and the Wellington, despite fears about importing a COVID-19 outbreak that would compound the country’s predicament.

Simon Griffiths, captain of the Aotearoa, said his ship was carrying 250,000 liters of water, along with other supplies, and had the capacity to produce another 70,000 liters a day.

The Hunga Tonga-Hunga Ha’apai volcano erupted about 40 miles (65 km) from the Tongan capital with a blast heard 2,300 km (1,400 miles) away in New Zealand, and sent tsunamis across the Pacific Ocean.

James Garvin, chief scientist at NASA’s Goddard Space Flight Center, said the force of the eruption was estimated to be the equivalent of five to 10 megatons of TNT, or more than 500 times that of the nuclear bomb the United States dropped on the Japanese city of Hiroshima at the end of World War Two.

Waves reaching up to 15 meters (49 feet) hit the outer Ha’apia island group, destroying all the houses on the island of Mango, as well as the west coast of Tonga’s main island, Tongatapu, where 56 houses were destroyed or seriously damaged, the prime minister’s office said.

Tongan communities abroad have posted images from families on Facebook, giving a glimpse of the devastation, with homes reduced to rubble, fallen trees, cracked roads and sidewalks and everything coated in grey ash.

Tonga has also been largely offline since the volcano damaged its sole undersea fibre-optic communication cable. Its owner said it would probably take a month or more to fix.

Telecommunications operator Digicel said it had restored some international phone service to Tonga through a satellite link, though numerous attempts by Reuters to get through were unsuccessful.

The archipelago has 176 islands, 36 of them inhabited. Its main airport, Fua’amotu International, was not damaged by the tsunami but was covered in ash, which has had to be cleared by hand.

A Tongan official said it might be possible for aid flights from New Zealand and Australia to begin on Thursday.

The U.S. Agency for International Development approved $100,000 in immediate assistance, and Japan said it would give more than $1 million in aid as well as drinking water and equipment to clear ash.

The Asian Development Bank was discussing with Tonga whether it would declare a state of emergency to draw on a $10-million disaster facility, senior bank official Emma Veve told Reuters.

China said it would send help including water and food when the airport opened.