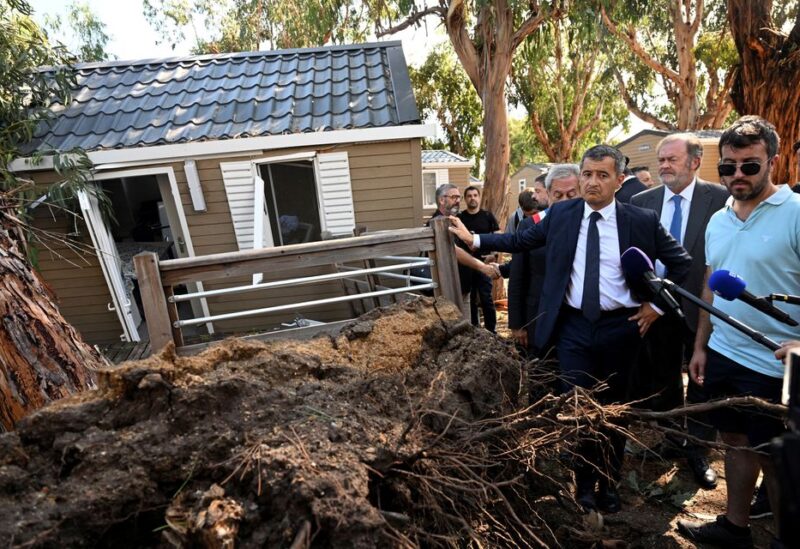 France's Interior Minister Gerald Darmanin stands next to a damaged bungalow in the aftermath of a hurricane at La Pinede camping site in Calvi in the French Mediterranean island of Corsica August 19, 2022. Emmanuel Dunand/Pool via REUTERS

A natural disaster decree is anticipated to be passed next week, which will assist people and companies with insurance claims for storm damage, according to regional head Gilles Simeoni on franceinfo radio.

The storm hit Corsica as parts of mainland France – which has been hit by a series of heatwaves, wildfires and severe drought over the past weeks – also saw more rain in just a few hours than in recent months combined.

“It’s such a paradox,” Simeoni told franceinfo. “For weeks we had been living in fear of fires … and this rain which was supposed to be beneficial turned into a deadly windstorm.”

Two of the victims, including a teenage girl, were killed when trees fell in campsites, two were at sea and one died when a beach hut hit her car. In Italy, two people also died in storms on Thursday.

More rain and some storms were still possible in Corsica on Friday, forecaster Meteo France said after it downgraded the weather warning level from “orange” to “yellow”.

More than 5,000 holidaymakers on the island who had been evacuated to temporary shelters should be able to go back to their campsites on Friday, Simeoni said.