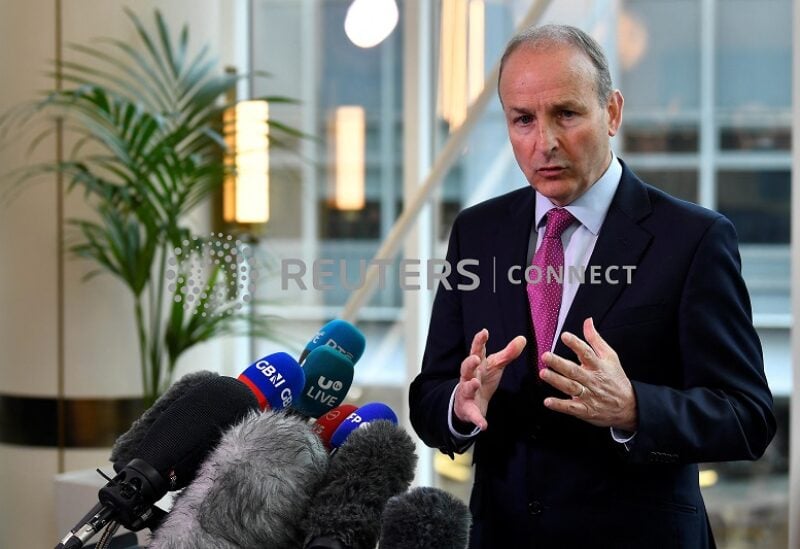 Irish Prime Minister Micheal Martin urged the British government to resume talks about the protocol, saying it would be “very serious” if it enacted a new law to unilaterally change part of a Brexit deal to try to ease trade with Northern Ireland
Martin added that there were issues around the trade rules that should be addressed by “substantive negotiations” between the UK and the European Union.
During an interview with BBC, he stressed that “There is no substitute for a substantive series of negotiations between the European Union and the United Kingdom government in respect of solving issues in relation to the protocol.”
Requesting the biggest unionist party (Sinn Fein) to rejoin the executive in Belfast, Martin earlier dismissed accusations that the EU was being inflexible.

After Britain accused the bloc of heavy-handed approach to the movement of goods between England and Northern Ireland, tensions have simmered for months.

But Britain’s plan to scrap checks needed to keep an open border with EU-member Ireland have triggered tensions.

Following anger on both sides of the Atlantic, Martin is visiting Belfast after Washington warned London its brinkmanship with Europe threatens peace.

Unionists in Northern Ireland have accused Britain of driving a wedge between the province and the rest of the UK and have refused to join a new power-sharing government in Belfast until the issue is resolved, forcing its suspension.

Slamming England’s decision about the North Ireland law, Nancy Pelosi, the speaker of the US House of Representatives, said “If the United Kingdom chooses to undermine the Good Friday Accords, the Congress cannot and will not support a bilateral free trade agreement with the UK.”