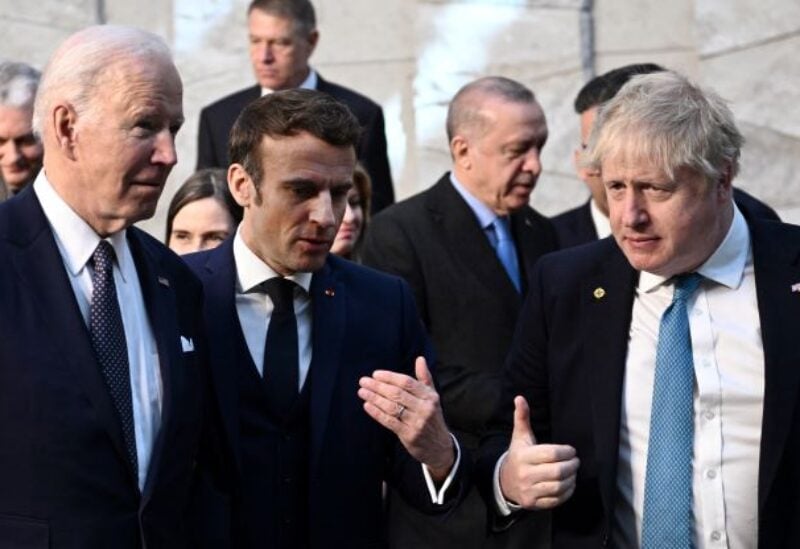 As Russia’s assault on its neighbor enters its second month, Western leaders meeting in Brussels on Thursday will agree to strengthen their forces in Eastern Europe and increase military aid to Ukraine.

Ukrainian President Volodymyr Zelenskiy urged people around the world to march in solidarity with his country, where thousands of people have been killed, millions have become refugees, and cities have been razed since Russian President Vladimir Putin launched his invasion on Feb. 24.

People were burying their dead and queuing for rations in Mariupol, the southern port city that has come to symbolize Ukraine’s plight, during pauses in the bombing.

Viktoria, a woman there, buried her 73-year-old stepfather Leonid, who was killed when the car transporting him to a hospital was blown up 12 days ago.

“This guy had taken a seat instead of me, and then they all got blown up in that car,” she told Reuters, pointing to the car’s mangled remains.

She sobbed, “It could have been me.”

Hundreds of thousands of people have been hiding in basements in Mariupol with no running water, food, medicine or power.

Reuters reached a part of the city captured by Russian forces. No independent journalists have reported from the Ukrainian-held part of the besieged city in more than a week.

Ukrainian officials say they have pushed back the invaders in other areas, including around the capital Kyiv, thwarting Russian hopes of a swift victory.