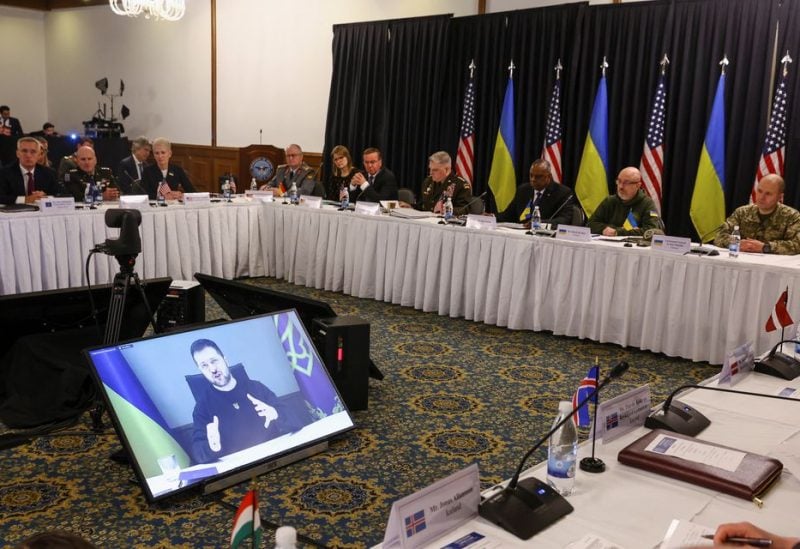 New Western military supplies worth billions of dollars, which will equip Ukraine for counterattacks to thwart Moscow’s attempts to relaunch its faltering invasion and include infantry fighting vehicles but not German tanks.

But while Russia is preparing for a protracted battle, it is uncertain if defense manufacture – at least in Europe – can maintain military aid at a high level, according to military specialists. Kyiv needs additional weapons systems to prevail decisively.

The United States and Finland announced new packages of $2.5 billion and 400 million euros (some $430 million)in military aid ahead of Friday’s Ramstein Air Base talks, which failed to break the deadlock on the idea of supplying German-built Leopard tanks to Ukraine.

Konrad Muzyka, a Polish defense analyst, said over the phone that the presence of more than 100 Bradley fighting vehicles “would surely have a tactical impact on the battlefield.”

On Thursday, a group of nine European nations, including Britain and the Baltics, pledged to give Kiev the battle tanks, infantry fighting vehicles, heavy artillery, and air defense systems it had requested.

The debate over whether Germany would let the re-export of Leopard tanks used by NATO soldiers dominated the Ramstein discussions. On Friday, there was no progress made in the situation, which is delicate for Berlin due to its political and historical context.

Former Ukrainian defence minister Andriy Zagorodnyuk told Reuters he believed it was just a matter of time until Berlin did approve tank supplies, an assertion echoed by Andriy Yermak, head of the Ukrainian president’s office on Telegram.

“We are getting stronger. Everything we haven’t received yet, we will receive,” Yermak said, in a clear reference to the tanks.

“The expenditure rate of ammunition is huge. It’s unprecedented, probably since World War Two. We also see APCs, Bradleys and Strykers, which are of course an indicator that the allies believe in our counteroffensive,” he said.