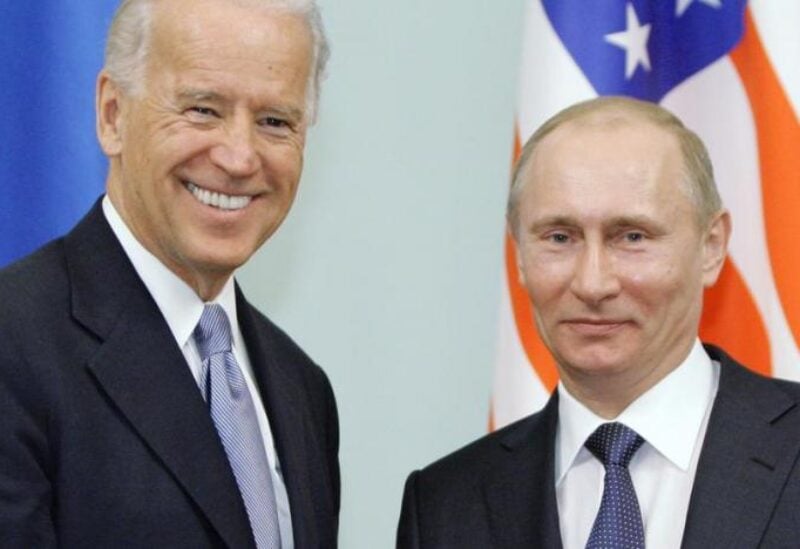 The White House and the Kremlin are working to arrange a summit next month between President Joe Biden and Russian President Vladimir Putin in Switzerland, according to officials.

National security adviser Jake Sullivan is meeting with his Russian counterpart in Geneva, the proposed host city, this week to finalize details, according to one US official familiar with the preliminary planning but not authorized to discuss the deliberations publicly. Geneva is now expected to be the choice for Biden’s first face-to-face meeting with Putin as president, according to a second official.

The Americans and Russians are eyeing June 15-16 for the summit. An official announcement was expected in the coming days.

The summit would come at the end of Biden’s first foreign trip as president, a weeklong swing through Europe that includes a stop in the United Kingdom for a Group of Seven summit of leaders of the world’s richest nations, and then a visit to the Brussels headquarters of NATO, the long-standing military alliance built as a bulwark to Russian aggression.

A spokesperson for the National Security Council declined to comment on the summit logistics.

But, in a statement, the NSC said this week’s meeting between Sullivan and the Secretary of the Russian Security Council, Nikolay Patrushev, “was an important step in the preparation for a planned US-Russia summit” and deemed the discussions “constructive” despite “outstanding differences.”

The Biden administration first called for the summit last month after Russia engaged in a series of confrontational actions: temporarily amassing troops on the Ukrainian border, the SolarWinds hacking, reports of bounties placed on US troops in Afghanistan and the poisoning and imprisonment of opposition leader Alexei Navalny.

Russia is also believed to be sheltering the hackers behind a May cyberattack that shut down the Colonial Pipeline, which delivers 45% of the gasoline supply to the US East Coast.

US Secretary of State Antony Blinken has said the administration wants a “predictable, stable relationship” with Russia.

“There is a lot of rubble, it’s not easy to rake it up, but I felt that Antony Blinken and his team were determined to do this. It will not be a matter for us,” Lavrov said, according to the news agency Tass.

Biden has taken a very different approach to Russia than his predecessor, former President Donald Trump, who often aimed to cozy up to Putin. Their sole summit, held in July 2018 in Helsinki, was marked by Trump’s refusal to side with US intelligences agencies over Putin’s denials of Russian interference in the 2016 election.

Under Biden, the United States has sought to pressure Russia through economic sanctions. It imposed penalties last week on Russian companies and ships for their work on a natural gas pipeline in Europe, though the Biden administration spared the German company overseeing the project, to the frustration of several Republican and Democratic lawmakers.

In April, the administration expelled 10 Russian diplomats and placed sanctions on several dozen companies and people, an attempt to punish the Kremlin for interfering in last year’s presidential election and the SolarWinds hacking that breached federal agencies and private companies.

The hacking of widely used software from Texas-based SolarWinds Inc. exposed several troubling vulnerabilities for the US government and major companies. At least nine federal agencies and dozens of companies were the target of an extensive cyberespionage effort that was discovered in December.

“I was clear with President Putin that we could have gone further, but I chose not to do so — I chose to be proportionate,” Biden said when announcing the sanctions on April 15 at the White House. “The United States is not looking to kick off a cycle of escalation and conflict with Russia.”

But Biden added that it is his duty as US president to respond with further actions if Russia “continues to interfere with our democracy.”

Russia responded quickly to the sanctions by ordering 10 US diplomats to leave, blacklisting eight current and former US officials and tightening requirements for US Embassy operations with bans on the hiring of Russian citizens and third-country nationals.

Adding another wrinkle to the expected talks: the diversion of a Ryanair flight to Lithuania by Belarus that led to the arrest of an opposition journalist who was a passenger on the flight. President Alexander Lukashenko, Belarus’ authoritarian leader, is an ally of Putin’s.

White House press secretary Jen Psaki said that Sullivan brought up concerns about Belarus’ actions in his talks with Patrushev.