Who are the members of the Taliban new all-male government 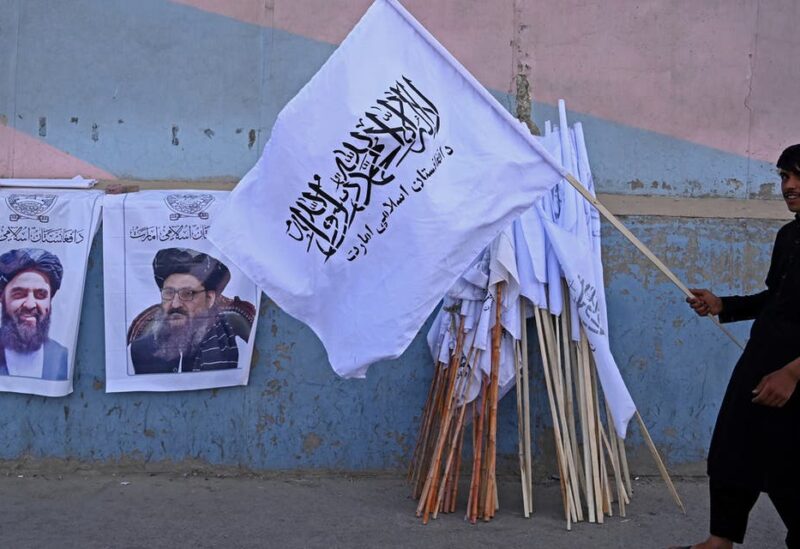 The Taliban announced on Tuesday an all-male interim government for Afghanistan, stacked with veterans from their extremist rule in the 1990s and the 20-year battle against the US-led coalition.

The interim Taliban government was drawn exclusively from their own loyalist ranks, with established extremists in all key posts and no women – despite previous promises to form an inclusive administration for all Afghans.

Taliban supreme leader Haibatullah Akhundzada, in his first public statement since the August 15 seizure of the capital Kabul by the insurgents, said the Taliban were committed to all international laws, treaties and commitments not in conflict with “Islamic law.”

“In the future, all matters of governance and life in Afghanistan will be regulated by the laws of the Holy Sharia,” he said in a statement, in which he also congratulated Afghans on what he called the country’s liberation from foreign rule.

Appointed to the key post of interior minister was Sirajuddin Haqqani, who is on the FBI’s most-wanted list with a $5 million bounty on his head and is believed to still be holding at least one American hostage. He headed the feared Haqqani network that is blamed for many deadly attacks and kidnappings.

In announcing the Cabinet, drawn mostly from the country’s dominant Pashtun ethnic group, Taliban spokesman Zabihullah Mujahid emphasized that the appointments were temporary. He did not say how long they would serve and what would be the catalyst for a change.

The interim prime minister, Hasan Akhund, also headed the Taliban government in Kabul during the last years of its rule. Abdul Ghani Baradar, who had led talks with the US and signed the deal that led to the withdrawal, will be one of two deputies to Akhund.

A policy statement accompanying the Cabinet announcement sought to allay fears of Afghanistan’s neighbors and the rest of the world, but was unlikely to calm the fears of women, who didn’t get a single post.

“Our message to our neighbors, the region and the world is that Afghanistan’s soil will not be used against the security of any other country,” the statement said.

The statement urged foreign diplomats, embassies, consulates and humanitarian organizations to return to Afghanistan. “Their presence is the need of our country,” it said.

Besides Haqqani as head of the police, the other top security post of defense minister went to Mohammad Yaqoob, the son of Taliban founder Mohammad Omar.

The Haqqani network, which dominates most of eastern Afghanistan, has been blamed for dramatic attacks in Kabul in the past two decades and for orchestrating kidnappings, often of Americans.

The new foreign minister will be Amir Khan Muttaqi, another prominent figure from the Taliban’s last time in power. He faces a difficult task, given the Cabinet’s lack of diversity.

US response to new Taliban government

In a statement, The State Department said the US is assessing the new Afghan government announced by the Taliban.

“We note the announced list of names consists exclusively of individuals who are members of the Taliban or their close associates and no women,” a State Department statement said.

“We also are concerned by the affiliations and track records of some of the individuals,” the statement added.

“We understand that the Taliban [have] presented this as a caretaker Cabinet. However, we will judge the Taliban by [their] actions, not words. We have made clear our expectation that the Afghan people deserve an inclusive government,” the state department said.